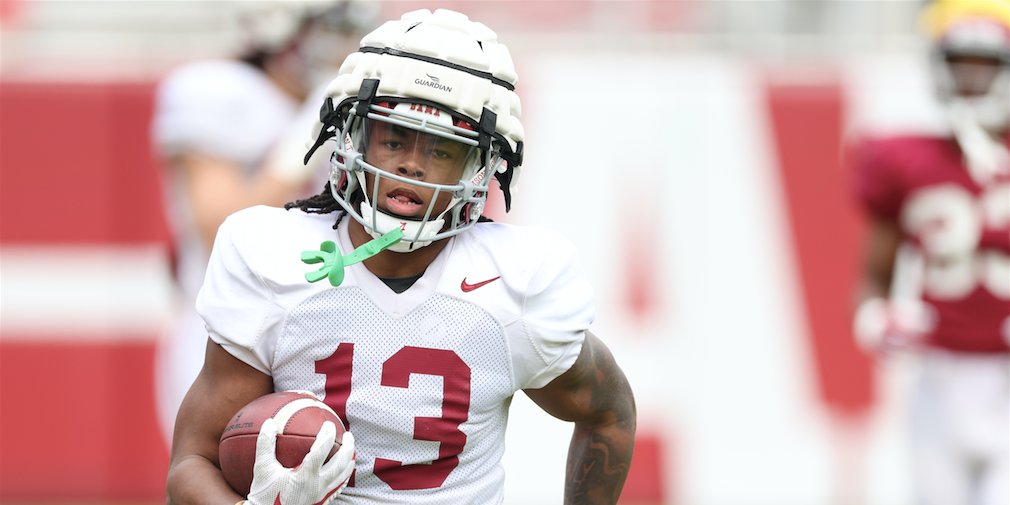 Jahmyr Gibbs and Trey Sanders highlight the Alabama backfield and that’s a good thing for Nick Saban. Alabama churns out NFL-quality running backs just like its loaded wide receiving corps every year it seems. In fact, Saban said the team was already running the ball better than last season. Brian Robinson Jr. was the leading rusher last season, but Gibbs, a Georgia Tech transfer, and Sanders could take it to the next level. At least through spring practice, that seems to be the case.

“Both those guys did really well,” Saban said. “I can’t read the stats here but they both had some good runs. We wanted those guys to all carry the ball 10, 12 times. I think Trey had 73 yards. Jahmyr had 54 or 55. Jamarion Miller got an opportunity too, and he did a nice job. I think we’re running the ball a little better than we were at this time a year ago. Hopefully, we can continue to build on that.”

The ‘real outlier’ in the crossword puzzle-making community