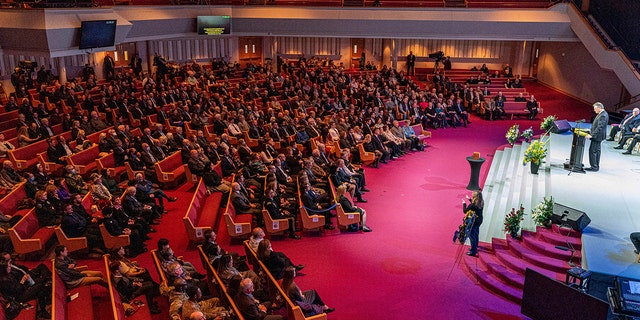 Young, who was the longest-serving Republican in the history of the U.S. House, died March 19. He was 88.

“Don was one who could not only count the years in his life, but he could count the life in his years. He lived a great life, it was full. He lived those 88 years to the fullest,” U.S., Lisa Murkowski, R-Alaska, said.

According to Alaska’s News Source, Murkowski noted that Young was only the 43rd American citizen to have been given the privilege to lie in state at the Capitol, calling it the highest tribute a member of Congress can have.

“I learned very early on you never ever underestimate Don Young, for Don never forgot where he came from,” Murkowski said. “Don Young was a man of the people, and he built relationships that endured because they were honest, they were true, and he was loyal.”