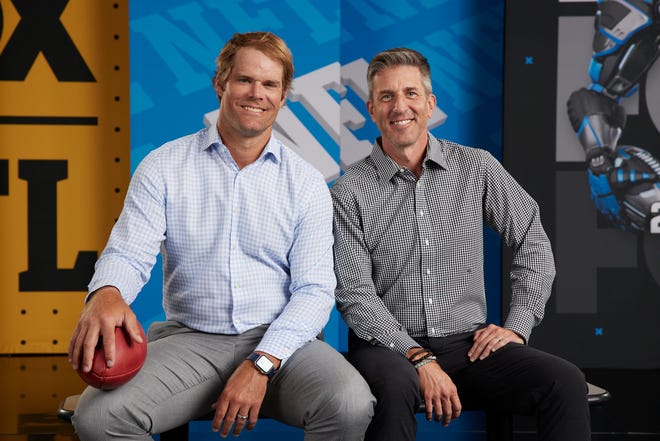 Now Burkhardt and Olsen will be calling the biggest game of the sport together, and a whole lot more.

FOX Sports officially revealed Tuesday that Burkhardt and Olsen were being elevated as the network’s No. 1 NFL broadcast tandem, replacing the pairing of Joe Buck and Troy Aikman, who left FOX to broadcast “Monday Night Football” on ESPN.

Erin Andrews and Tom Rinaldi will return as sideline reporters.

The announcement comes at a critical time for FOX as it will broadcast two of the next three Super Bowls, including Super Bowl 57 set for Feb. 12 at State Farm Stadium in Glendale, Arizona. The network also has Super Bowl 59, scheduled for Feb. 9, 2025 at the Caesars Superdome in New Orleans.

Burkhardt and Olsen worked together last season as the network’s No. 2 team to rave reviews, with the latter making the transition from Pro Bowl tight end to the booth.

How long their partnership lasts beyond 2022 depends on the playing future of Tom Brady, who reportedly inked a 10-year, $375 million deal to join Burkhardt in FOX’s No. 1 booth. Brady ended his brief retirement and announced he was returning to the game with the Tampa Bay Buccaneers.