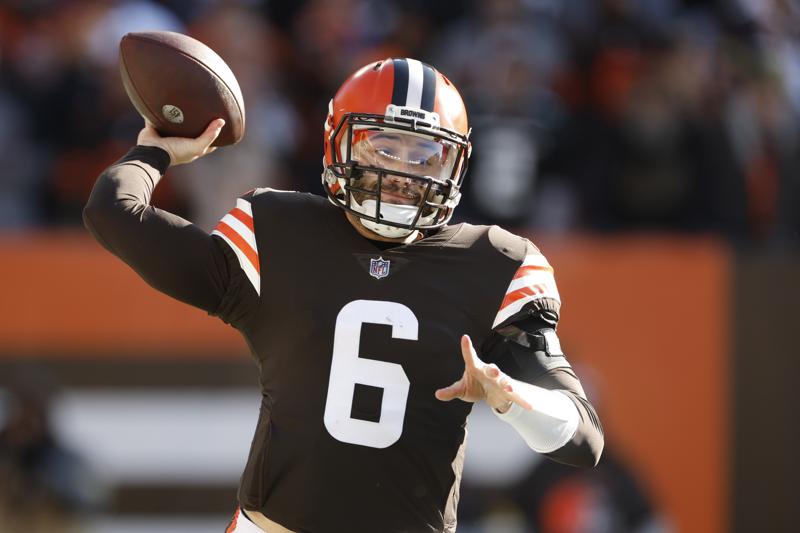 Baker Mayfield ran out of time.

The Browns quarterback didn’t test negative on Monday and won’t be activated from the COVID-19 reserve list to play against the Las Vegas Raiders, a person familiar with Cleveland’s roster situation told The Associated Press.

With Mayfield and his backup, Case Keenum, both out, third-stringer Nick Mullens will start in a game with possible playoff implications, according to the person who spoke to the AP on condition of anonymity because the team doesn’t have to reveal its eligible players until later in the day.

The Browns had hoped the NFL’s decision to postpone the game from Saturday until Monday would allow Mayfield and other sidelined players to return. However, Mayfield didn’t produce a required negative test and safety John Johnson III was the only starter to be activated Monday.

Browns coach Kevin Stefanski is also out after he tested positive last week, when a slew of positive tests tore into Cleveland’s roster and threatened to upend the team’s chances of making the playoffs.

Faith during the holidays on Inside West Virginia Politics