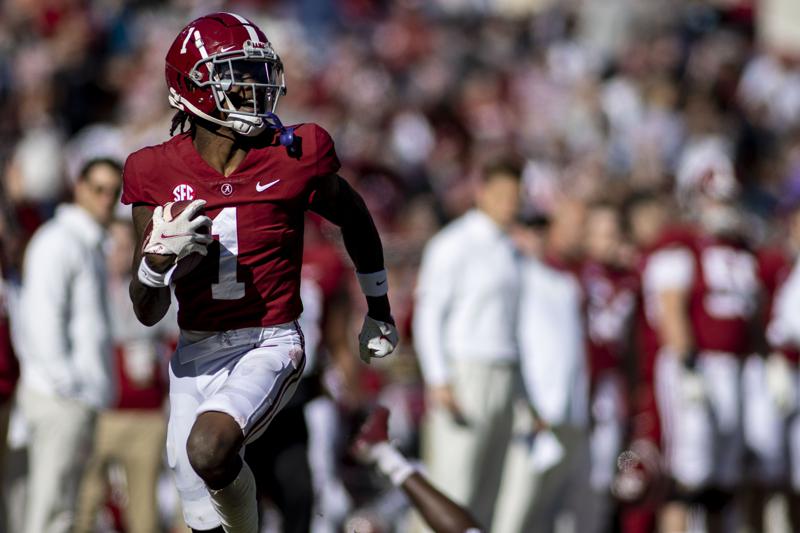 Alabama jumped Cincinnati to No. 2 behind Georgia in The Associated Press college football poll on Sunday and Oklahoma dropped eight spots to No. 12 after losing for the first time this season.

Georgia is a unanimous No. 1 in the AP Top 25 presented by Regions Bank for the sixth consecutive week and the Southeastern Conference has the top two teams in the poll for the sixth time this season.

Alabama and Georgia were flip-flopped at Nos. 1 and 2 for five weeks in September and early October.

The switch from Cincinnati to Alabama at No. 2 was more about the Bearcats than the Crimson Tide, which closed the gap on UC to four points last week.

Alabama took care of business against overmatched New Mexico State on Saturday. No surprise there.

Cincinnati remained unbeaten after winning at South Florida 45-28 on Friday night. It was the fourth straight week the Bearcats played a team with a losing record and found themselves in a competitive game in the second half. That tipped a few more voters to drop Cincinnati .