Biden all but concedes defeat on voting, election bills 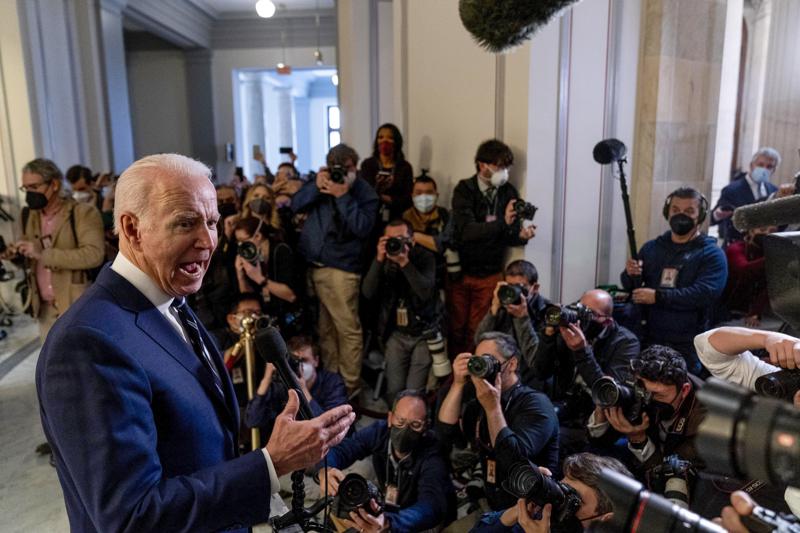 All but acknowledging defeat, President Joe Biden said Thursday he’s “not sure” his elections and voting rights legislation can pass Congress this year. He spoke at the Capitol after a key fellow Democrat, Sen. Kyrsten Sinema of Arizona, dramatically announced her refusal to go along with changing Senate rules to muscle past a Republican filibuster blockade.

Biden had ridden to the Capitol to prod Democratic senators in a closed-door meeting, but he not optimistic when he emerged. He vowed to keep fighting but was talking about next year for the sweeping legislation that advocates say is vital to protecting elections.

“One thing for certain, like every other major civil rights bill that came along, if we miss the first time, we could come back and try the second time,” he told reporters, his voice rising. “As long as I’m in the White House, as long as I’m engaged at all, I’m going to be fighting.”