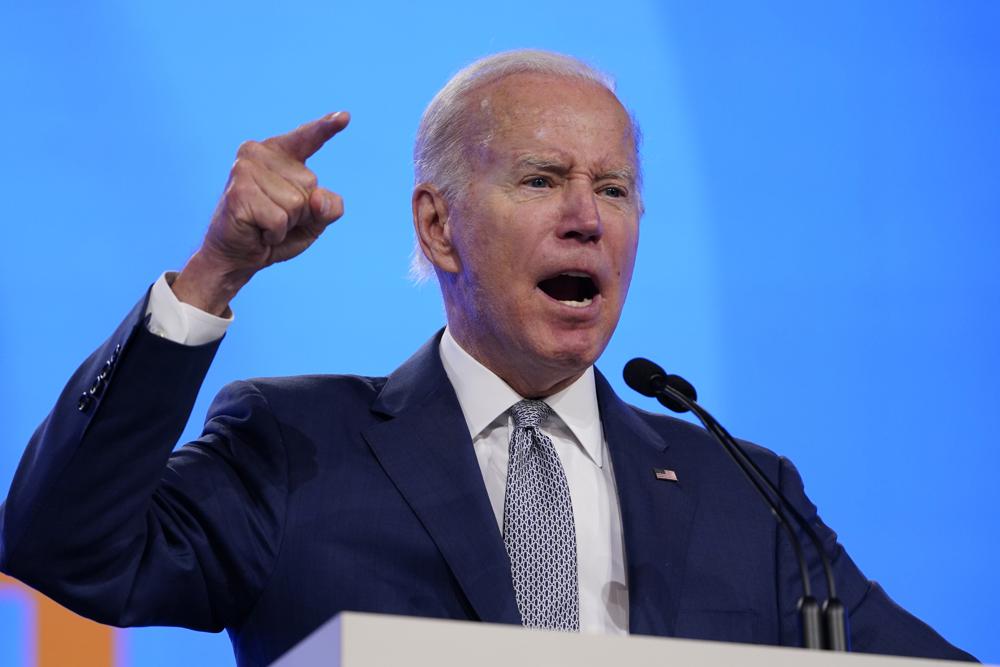 President Joe Biden on Wednesday called on U.S. oil refiners to produce more gasoline and diesel, saying their profits have tripled during a time of war between Russia and Ukraine as Americans struggle with record high prices at the pump.

“The crunch that families are facing deserves immediate action,” Biden wrote in a letter to seven oil refiners. “Your companies need to work with my Administration to bring forward concrete, near-term solutions that address the crisis.”

Gas prices nationwide are averaging roughly $5 a gallon, an economic burden for many Americans and a political threat for the president’s fellow Democrats going into the midterm elections. Broader inflation began to rise last year as the U.S. economy recovered from the coronavirus pandemic, but it accelerated in recent months as energy and food prices climbed after Russia invaded Ukraine in February and disrupted global commodity markets.

The government reported on Friday that consumer prices had jumped 8.6% from a year ago, the worst increase in more than 40 years.

The letter notes that gas prices were averaging $4.25 a gallon when oil was last near the current price of $120 a barrel in March. That 75-cent difference in average gas prices in a matter of just a few months reflects both a shortage of refinery capacity and profits that “are currently at their highest levels ever recorded,” the letter states.

David Duchovny on his pandemic-era novel, working with Meg Ryan and why he'll always be interested in more 'X-Files'