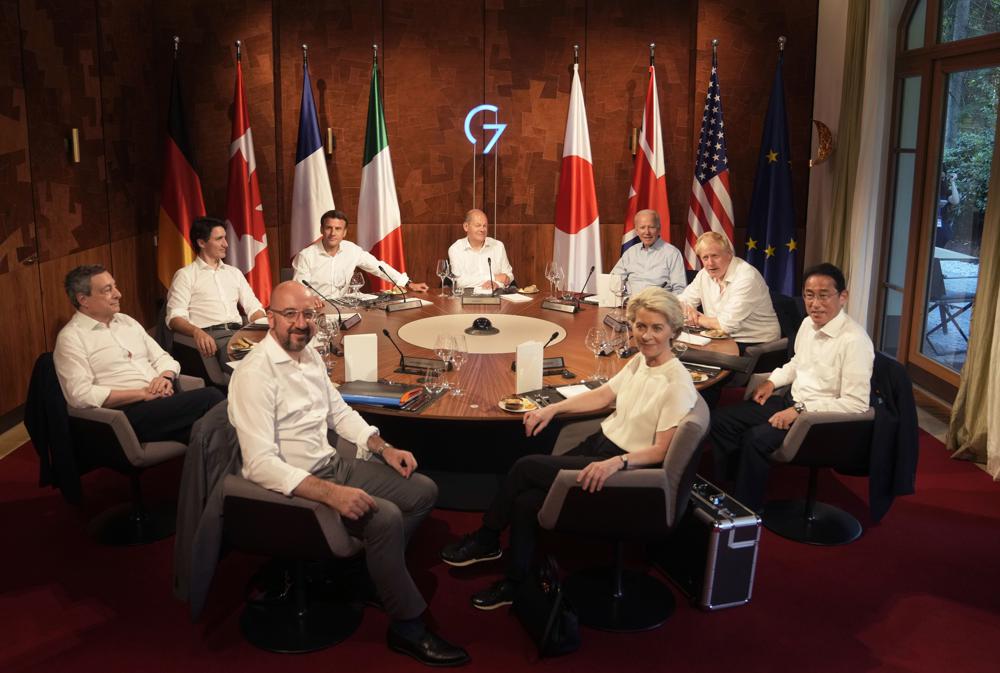 President Joe Biden and Western allies opened a three-day summit in the Bavarian Alps on Sunday intent on keeping economic fallout from the war in Ukraine from fracturing the global coalition working to punish Russia’s aggression. Britain’s Boris Johnson warned the leaders not to give in to “fatigue” even as Russia lobbed new missiles at Kyiv.

The Group of Seven leaders were set to announce new bans on imports of Russian gold, the latest in a series of sanctions the club of democracies hopes will further isolate Russia economically. They also were looking at possible price caps on energy meant to limit Russian oil and gas profits that Moscow can pump into its war effort.