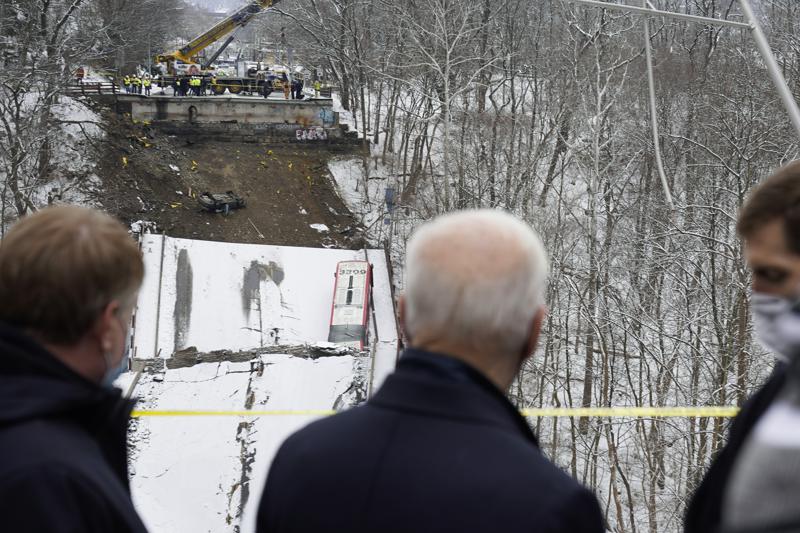 Arriving just hours after a Pennsylvania bridge collapse, President Joe Biden stared into the cratered muddy earth where the aging span fell early Friday, striking evidence supporting the $1 trillion infrastructure law he already had planned to tout on his trip to Pittsburgh.

Standing before concrete barriers papered with yellow police tape, Biden craned his neck to look out over the gaping expanse left by the crumbled bridge, as the smell of gas from a nearby leak filled the air.

“The idea that we’ve been so far behind on infrastructure for so many years, it’s mind boggling,” Biden said.

As for the rest of the nation’s aging bridges, he pledged, “We’re gonna fix them all.”

The steel span was built in 1970, and a 2019 inspection revealed the deck and superstructure to be in poor condition, according to the U.S. Department of Transportation’s National Bridge Inventory.

The infrastructure law signed by Biden has earmarked about $1.6 billion for Pennsylvania bridge maintenance, with tens of billions more for public transit, highway maintenance and broadband internet expansion in the state.