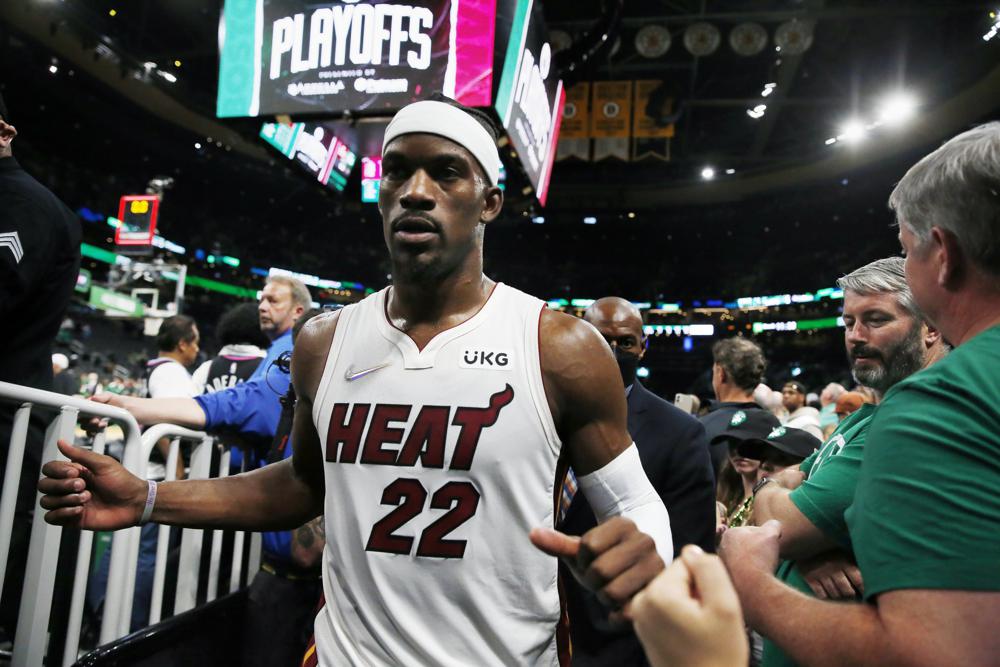 Kyle Lowry listened politely while Jimmy Butler shared the credit for Miami’s Game 6 victory until his fellow All-Star took the humility too far and called his 47-point, elimination-avoiding performance “decent.”

“It’s (expletive) incredible,” Lowry corrected him, apologizing for his language to the TV cameras in the back of the room and begging not to be fined by the league. “It’s incredible to have a guy like him next to me. I’ve played with some great players, and he’s one of the best.”

Butler scored 47 points — a career playoff high and one of the best performances by a player facing elimination in NBA history — and the Heat forced the Eastern Conference finals to a decisive seventh game by beating the Boston Celtics 111-103 on Friday night.

Ten years after LeBron James scored 45 points in a Game 6 in Boston en route to the first of the Heat’s back-to-back NBA titles, Butler scored 17 points in the fourth quarter to top him and send the series back to Miami.

Show’s over for famed cabaret show at France’s Lido