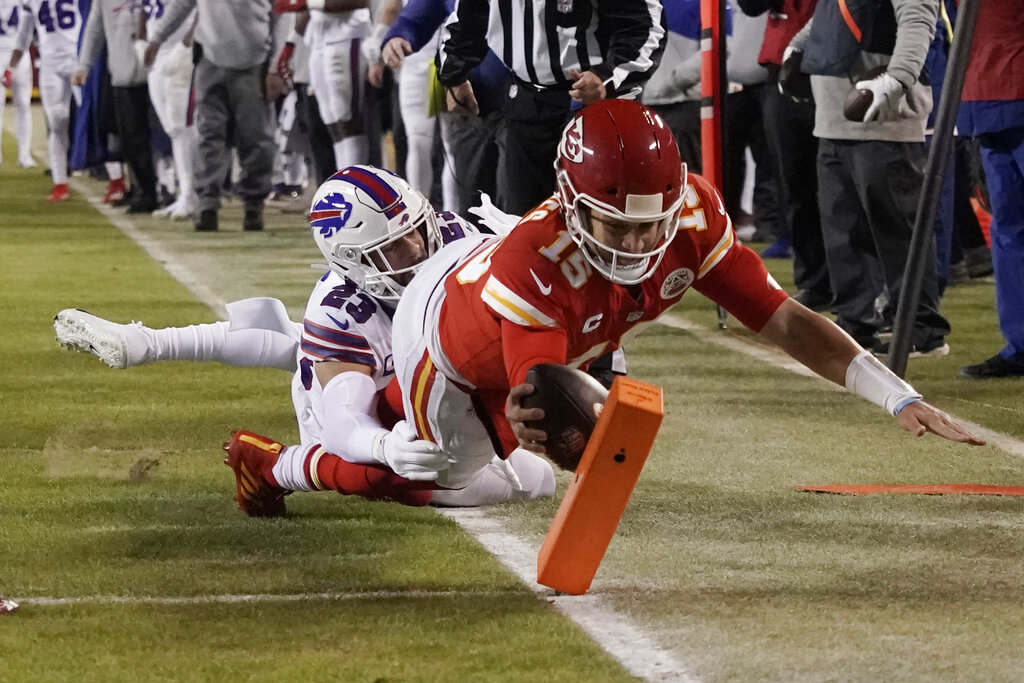 A six-point victory seemed like a rout this wild weekend.

Even if it was in overtime.

Kansas City’s hold-your-breath 42-36 win over Buffalo capped a divisional round in which the other three games were decided on final-play field goals giving the visitors wins. The Chiefs and Bills scored three touchdowns and a last-second field goal in the final two minutes Sunday night before two-time defending AFC champion Kansas City won on Travis Kelce’s 8-yard TD catch on the first series of the extra period.

That set up a Bengals-Chiefs matchup for the AFC crown next Sunday afternoon at Arrowhead Stadium. Kansas City will host that game for the fourth straight year as it seeks a third consecutive Super Bowl berth. The Bengals were last in the big game in 1989.

The Rams made it an all-NFC West conference championship game with San Francisco by edging defending Super Bowl champion Tampa Bay 30-27 earlier Sunday. The 49ers lost to the Chiefs two years ago, one year after the Rams fell to the Patriots in the Super Bowl.

Justices to hear challenge to race in college admissions