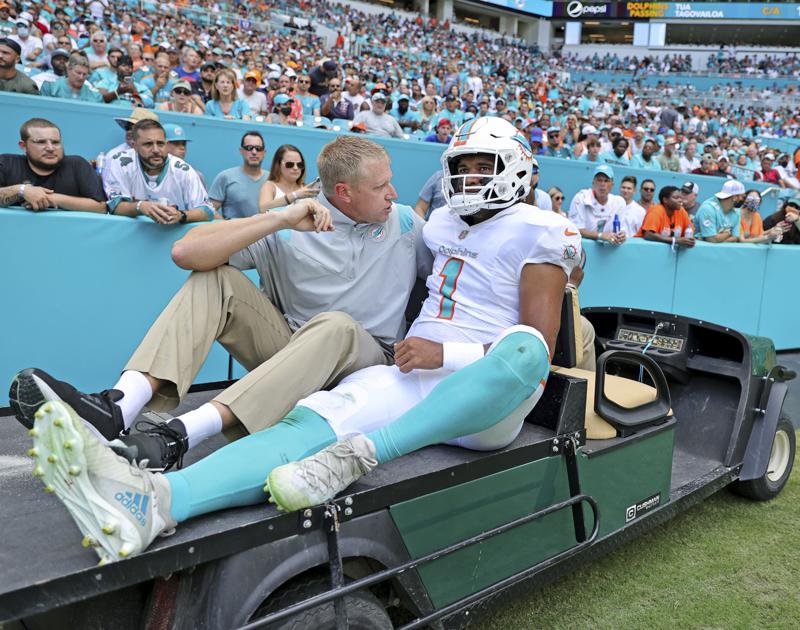 Tua Tagovailoa’s bruised ribs are actually fractured ribs, and that means the Miami Dolphins will have a new starting quarterback this week when they visit the Las Vegas Raiders.

The Dolphins announced the updated diagnosis Wednesday after initial tests suggested Tagovailoa was dealing with bruised ribs. Further exams showed the fractures, and the Dolphins already have decided that Jacoby Brissett will start this weekend.

It’s unclear how long Tagovailoa will be sidelined. Dolphins coach Brian Flores did not want to offer a timetable for a potential return but said Tagovailoa is already improving.

“This is a tough kid,” Flores said. “He wants to play. He’s actually trying to play. We’re going to save him from himself a little bit on this and hold him out this week and then take it week to week from there.”

Brissett last started a game at the end of 2019, though he played almost the entire game against Buffalo last weekend. He’s 12-20 as a starter, the role he said he prepares himself for each week.

Aukus pact: France and US seek to mend rift