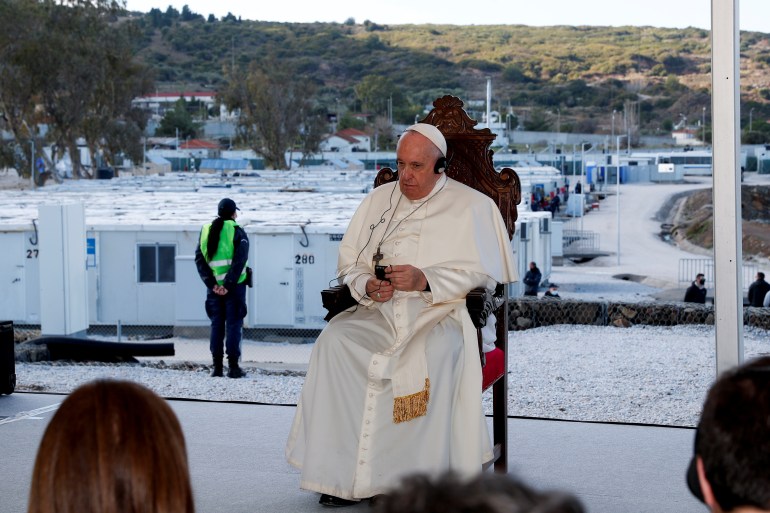 Pope Francis has blasted Europe’s indifference to the plight of migrants as the “shipwreck of civilisation” during a visit to a refugee camp in the Greek island of Lesbos.

On Sunday, the leader of the Catholic Church arrived at the Mavrovouni camp, where nearly 2,200 asylum seekers currently reside. He is on the second day of a five-day-long visit to Greece and Cyprus dominated by the issue of migration.

“I ask every man and woman, all of us, to overcome the paralysis of fear, the indifference that kills, the cynical disregard that nonchalantly condemns to death those on the fringes,” he said. “Please, let us stop this shipwreck of civilisation.”

Using latin terms, he called for the Mediterranean Sea to remain a bridge between cultures.

“Let us not let our sea (mare nostrum) be transformed into a desolate sea of death (mare mortuum),” he said.

He also condemned the exploitation of migrants for political purposes, lamenting that Europe had entered “an era of walls and barbed wire”.