Fuel retailers sue over requirement to post about tax freeze 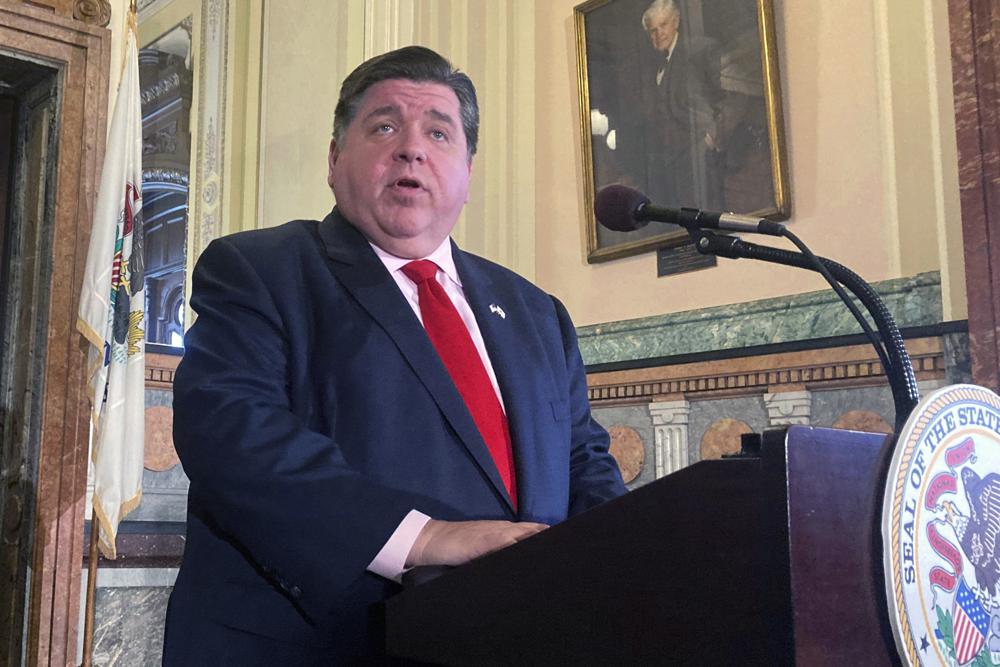 Illinois fuel retailers argued in a lawsuit filed Thursday that a requirement to post signs alerting consumers about a six-month freeze in the state motor-fuel tax unconstitutionally compels them to promote Gov. J.B. Pritzker’s reelection campaign.

The Illinois Fuel & Retail Association and two large fuel distributors filed the lawsuit in Sangamon County Circuit Court against the Illinois Department of Revenue, its director, David Harris, and others.

At issue is a sign retailers must post on each fuel pump beginning July 1 as a result of the General Assembly and Pritzker freezing the motor fuel tax from its scheduled automatic inflation adjustment of about 2.2 cents per gallon. Originally proposed for a year, the law ends the freeze after six months.

A sign no smaller than 4 inches by 8 inches must report this and add, “The price on this pump should reflect the suspension of the tax increase.”

Woods plays through pain, makes another major cut at PGA By JIM VERTUNO 6 minutes ago