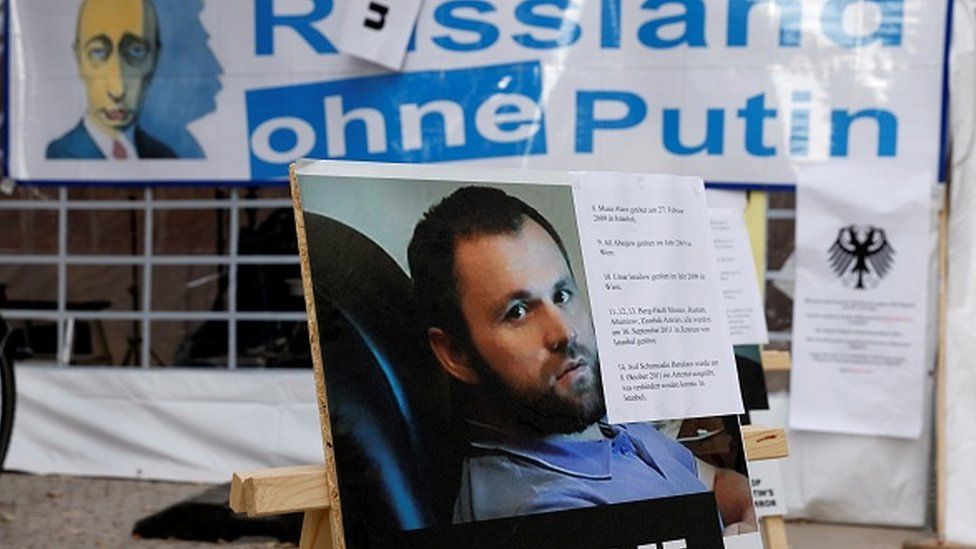 Germany is expelling two Russian diplomats after a German court jailed a Russian man for life for a murder in a Berlin park and said it had been ordered by Moscow.

Vadim Krasikov was found guilty of shooting Zelimkhan Khangoshvili in the head at close range in August 2019.

The victim was a former Chechen rebel commander of Georgian origin.

The verdict is likely to further damage already strained relations between Germany and Russia.

Foreign Minister Annalena Baerbock said the court had found that the murder was carried out “on the order of state agencies of the Russian Federation” and it was a serious violation of German law and sovereignty.

Russian ambassador Sergei Nechayev had already rejected the verdict as a “politically-motivated decision” when he was summoned to the foreign ministry and told that two members of his embassy staff were now unwelcome in Germany.

Khangoshvili – who lived for a time under the name Tornike Kavtarashvili – was shot dead in Berlin’s Tiergarten park on 23 August 2019.

The 40-year-old Georgian national was a Chechen rebel commander between 2000 and 2004, when Chechnya was fighting a war of independence against Russia.