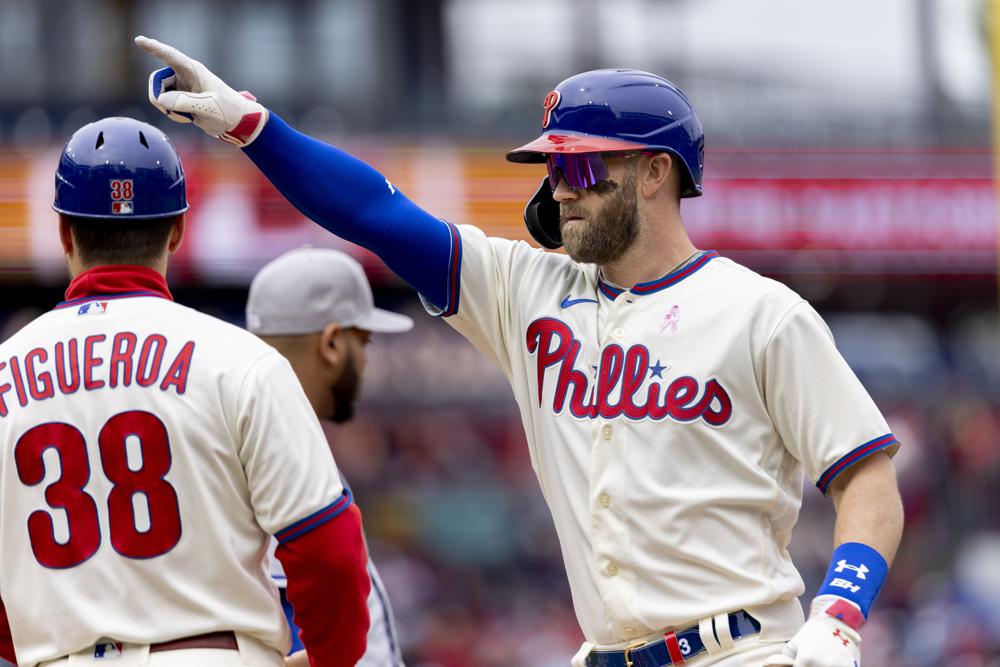 Harper, using a pink bat for Mother’s Day, drove a 94 mph fastball from Scherzer (4-1) over the wall in right for a solo homer with two outs in the first. He screamed, “I love you, Mom!” into a TV camera before returning to the dugout.

Harper added an RBI single in the third. The reigning NL MVP also homered off Scherzer, his former Washington teammate, on May 1.

Kyle Schwarber, Alec Bohm and Jean Segura each had a pair of hits for the Phillies, who bounced back from Thursday’s 8-7 loss to the Mets in which New York rallied for seven runs in the ninth inning.

“I think we needed that,” Phillies starter Kyle Gibson said. “For the offense to come out and do what they did against Max was big.”