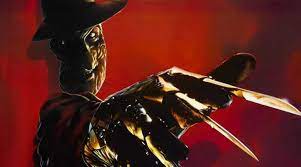 Freddy’s Dead: The Final Nightmarebrought the original Nightmare on Elm Street series to an over-the-top end, and the creators had no fear about including a Nintendo product without the video game company’s permission. Freddy (Robert Englund) has dispatched his victims in a multitude of ways, from pulling Johnny Depp’s Glen into his bed and shooting out a geyser of blood to using Phillip’s (Bradley Gregg) tendons as marionette strings to lead him off of a roof. Freddy’s nightmares were limitless, as he was able to conjure anything that came to his mind to use teens’ fears against them.

Director Rachel Talalay wanted to give Freddy’s Dead: The Final Nightmare a tone that was a mix of Tim Burton and Twin Peaks, leading her to create the most tongue-in-cheek entry of the franchise. Filled with visual gags, celebrity cameos, and a third act that presented Freddy in 3D, the series went out on a bombastic note.

Yungblud on working with Ozzy Osbourne on the ‘Funeral’ video: “He said he saw a lot of himself in me”