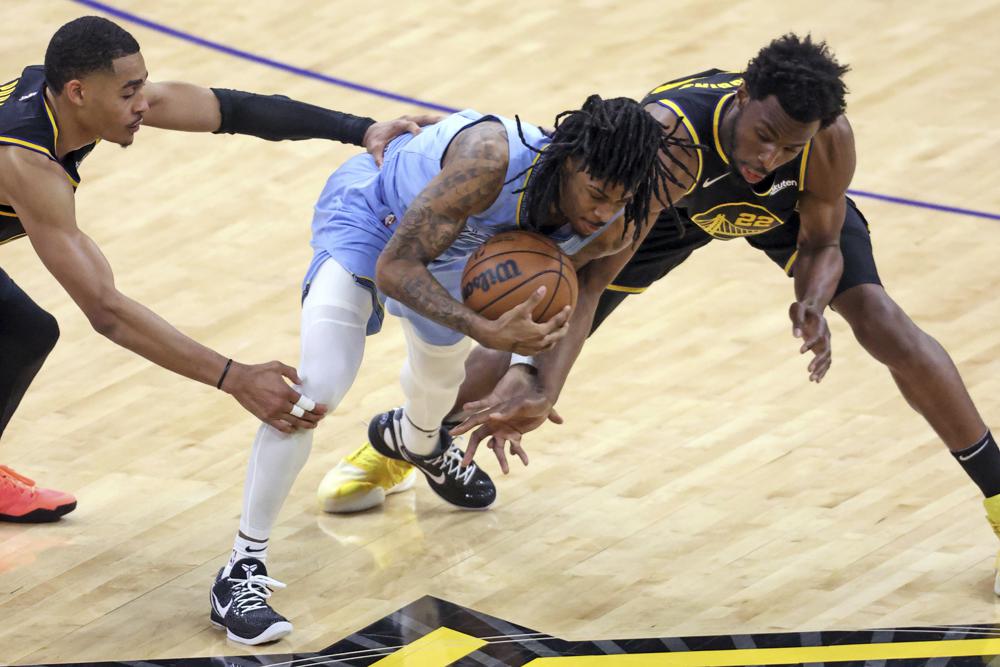 Memphis guard Ja Morant is unlikely to play in Game 4 of the Western Conference semifinals against Golden State on Monday night after injuring his right knee on a play with Jordan Poole that the teams are debating from the Grizzlies’ 142-112 loss Saturday night.

Grizzlies coach Taylor Jenkins said Sunday he doesn’t expect Morant to be available with Memphis trailing the Warriors 2-1 in the best-of-seven series.

“As I said last night, just trying to be matter of fact here, and this is what Ja says, what our medical team has said after reviewing the play, Ja was playing great, feeling great all game and that the grab of the knee is what triggered the potential injury and why we took Ja out of the game. Nothing’s changed from there,” Jenkins said. “That’s the play that triggered this and he’s got further evaluation going on. … There’s probably a really good chance he doesn’t play tomorrow.”