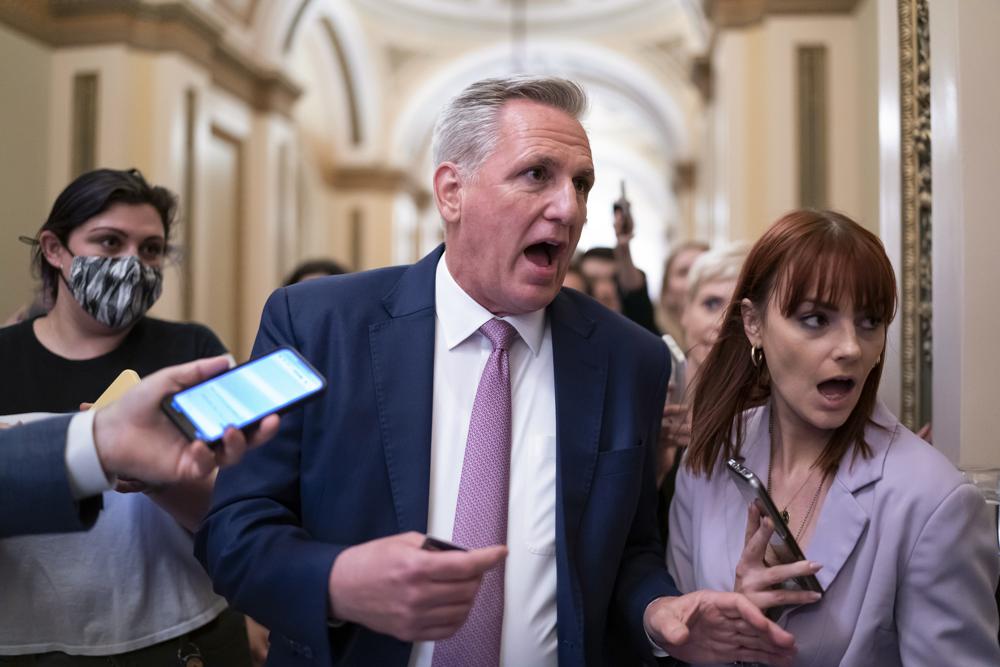 A House panel issued subpoenas Thursday to House Republican Leader Kevin McCarthy and four other GOP lawmakers in its probe into the violent Jan. 6 insurrection, an extraordinary step that has little precedent and is certain to further inflame partisan tensions over the 2021 attack.

The panel is investigating McCarthy’s conversations with then-President Donald Trump the day of the attack and meetings the four other lawmakers had with the White House as Trump and his aides worked to overturn his 2020 election defeat.

Subpoenas for McCarthy, R-Calif., and Reps. Jim Jordan of Ohio, Scott Perry of Pennsylvania, Andy Biggs of Arizona and Mo Brooks of Alabama come as the investigation is winding down and as the panel prepares for a series of public hearings this summer.

After the announcement, McCarthy, who aspires to be House speaker if Republicans take the majority in midterm elections, told reporters that “I have not seen a subpoena” and that his view on the committee has not changed since they asked for his voluntary cooperation earlier this year.