Jeff Goldblum takes one more bite out of ‘Jurassic World’ 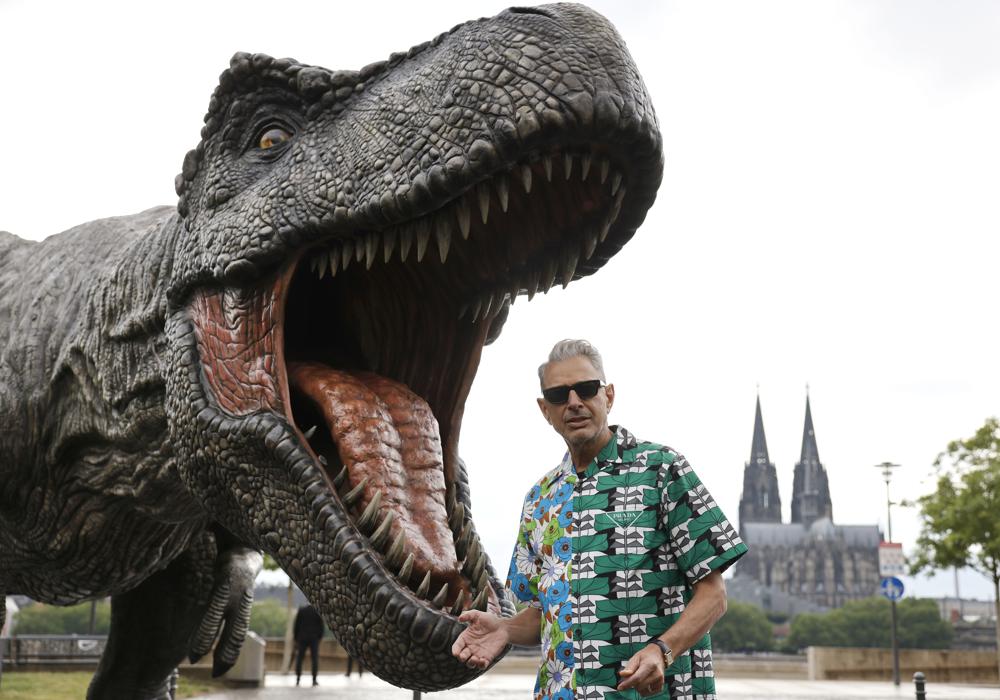 There is only one person who, in the middle of a massive dystopic dinosaur movie, can utter a line like “That’s bananas” with just the right timing and inflection.

For almost three decades, off and on, Jeff Goldblum has played Dr. Ian Malcolm with particular Goldblumian panache. As the stylish chaos theorist of the “Jurassic Park” and “Jurassic World” films, Goldblum is voice of reason and comedy relief in one, an auger of nature’s unpredictability who can’t help marveling at seeing his theories in action, even if that poses immediate danger to himself.

It’s one of the 69-year-old actor’s best-known characters. Yet in even big movies like “Jurassic Park” and “Independence Day,” Goldblum has such a singular manner and much-intimated tempo that he’s never been particularly defined by those roles. It’s more that Goldblum, in putting his own idiosyncratic spin on them, marks the characters, rather than the other way around. Life finds a way in “Jurassic Park,” and so does Goldblum.