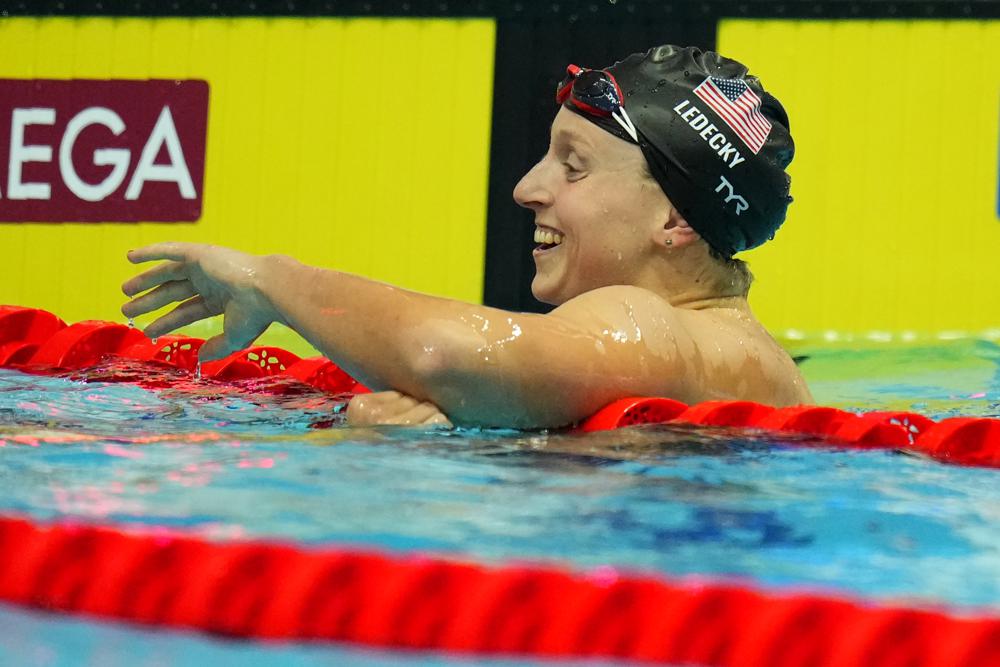 Katie Ledecky started the United States’ medal collection at the world swimming championships with a gold by reclaiming her title in the women’s 400 meters on Saturday.

The Americans finished the first day of racing with two gold, one silver and three bronze.

Ariarne Titmus pipped Ledecky to the title in 2019 and took her world record last month but the Australian has skipped the worlds in Budapest to focus on the Commonwealth Games next month in England.

“It’s great to get the first gold medal for the U.S. team,” said Ledecky, who said she’s working on reclaiming her record, too. “I’m on the right track.”

Winning the 400 gave Ledecky her 16th gold at a worlds and 18th overall. She’s just one behind Natalie Coughlin for the most all-time medals by a female swimmer in world championships history.