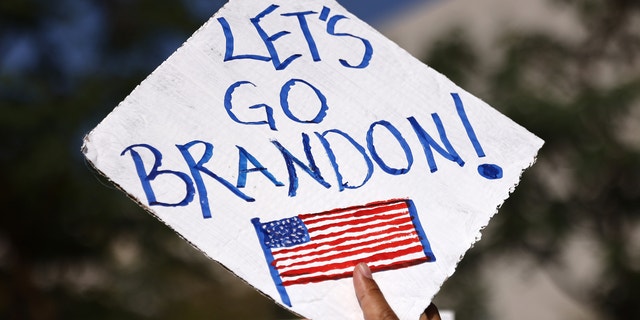 A boat emblazoned with the anti-President Biden message, “Let’s go, Brandon,” in Christmas lights has been disqualified from a Virginia holiday parade after it initially won the No. 1 prize.

The boat was awarded first place at the annual Yorktown Lighted Boat Parade contest Saturday evening, but hours later, the Yorktown Foundation, the non-profit organization that sponsors the parade, announced the boat had been disqualified and stripped it of its award over its “overt political message.”

“The event organizers immediately notified the judges that the boat would be disqualified because its political statements were at odds with the mission of the Foundation, and the second-place boat would be advanced to the winning position,” a member of the Yorktown Foundation’s board of directors, Walt Akers, said in a statement, WTKR reported. “Further, the event organizers agreed to take steps in the coming year to review all entries in advance and ensure that they do not detract from the community spirit that this event is designed to foster.”