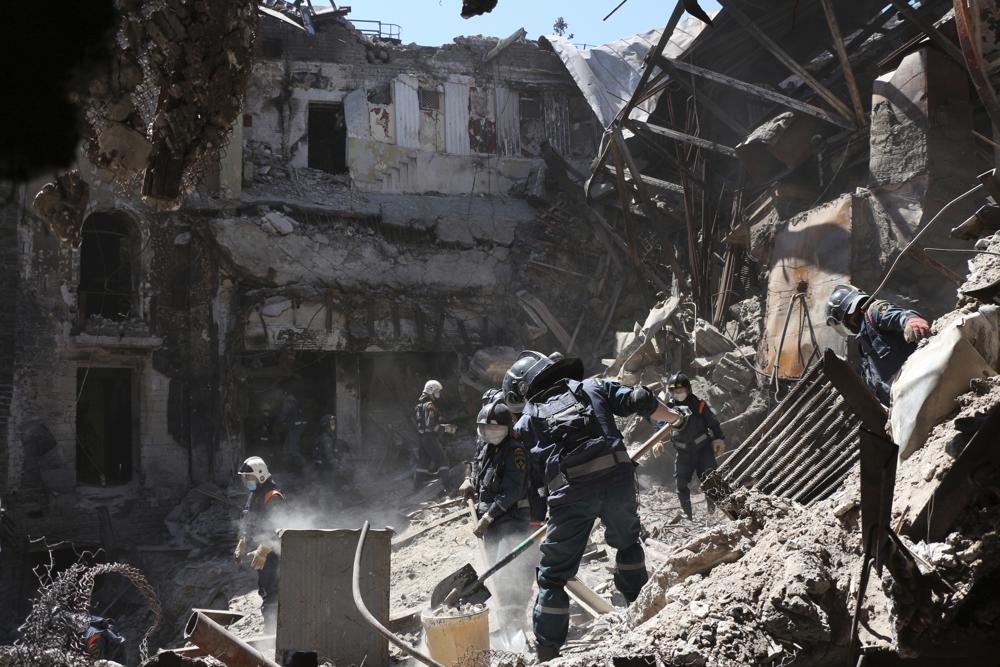 KYIV, Ukraine — Rocket attacks on Ukraine’s central Poltava region on Thursday were “perhaps the most intense for the duration of the war,” the regional governor said that same day.

“Today’s shelling of the Poltava region is perhaps the largest during the course of this full-scale war,” Dmitry Lunin wrote in a Telegram post. “12 Russian missiles hit the infrastructure in (the city of) Kremenchuk; most of them hit an oil refinery that was not operational anyway.”

“Rescuers are putting out a fire at the refinery. Luckily, no one was hurt,” Lunin added.

KEY DEVELOPMENTS IN THE RUSSIA-UKRAINE WAR:

— Finland’s leaders in favor of applying for NATO membership

— ′ This tears my soul apart ’: A Ukrainian boy and a killing

— Protesters vent fury at French company for staying in Russia

— Ukrainian circus comes to town, and stays in Italy, amid war

KYIV, Ukraine — At least two civilians died Thursday as a result of a shelling attack on the outskirts of Kharkiv, Ukraine’s second-largest city, local authorities said that same day.

“As a result of the shelling, two people were killed, four more were injured, two of whom are doctors. All these people are civilians,” Vyacheslav Zadorenko, the mayor of the suburban town of Derhachi, wrote in a Telegram post.