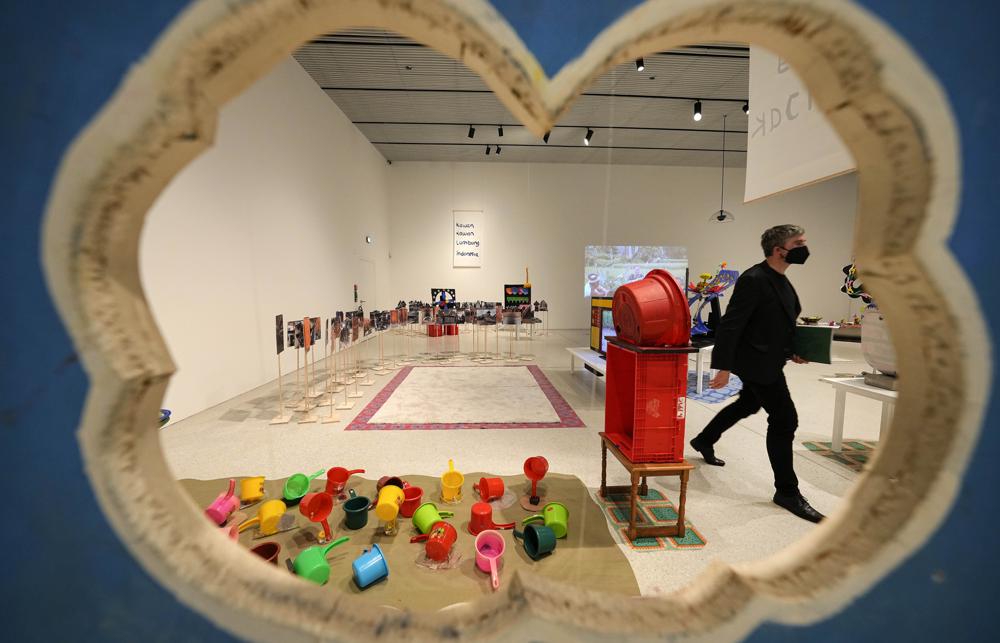 Germany’s president has appealed to the organizers of this year’s documenta fifteen art show to do more to tackle the antisemitism allegations surrounding the event.

The show, which takes place every five years in the German city of Kassel and is considered a major event in the international art calendar, is curated this year by the Indonesian group Ruangrupa. The group was accused of inviting organizations from developing countries who support a boycott of Israel because of the country’s treatment of Palestinians.

Speaking Saturday at the show’s official opening, German President Frank-Walter Steinmeier said “there are limits” to what artists can do when they address political issues.

“As justified as some criticism of Israeli policies, such as the building of settlements, is, recognizing Israeli statehood means recognizing the dignity and security of the modern Jewish community,” he said.