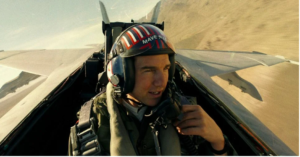 On the heels of Top Gun: Maverick’s critical and commercial success, producer Jerry Bruckheimer says plans for Top Gun 3 are not immediate.

On the heels of Top Gun: Maverick‘s critical and commercial success, producer Jerry Bruckheimer says plans for Top Gun 3 are not immediate. After years of delays primarily due to the COVID-19 pandemic, the long-awaited sequel to Tony Scott’s 1986 classic Top Gun finally debuted in theaters this past weekend, setting multiple box office records. Not only did Top Gun 2 surpass Pirates of the Caribbean 3 (also produced by Bruckheimer) to set a new Memorial Day weekend record, but it is Tom Cruise’s biggest opening weekend of his career at $156 million.

Inhaler hint that new music is on the way soon