More than 70 killed in Kentucky’s worst ever tornadoes 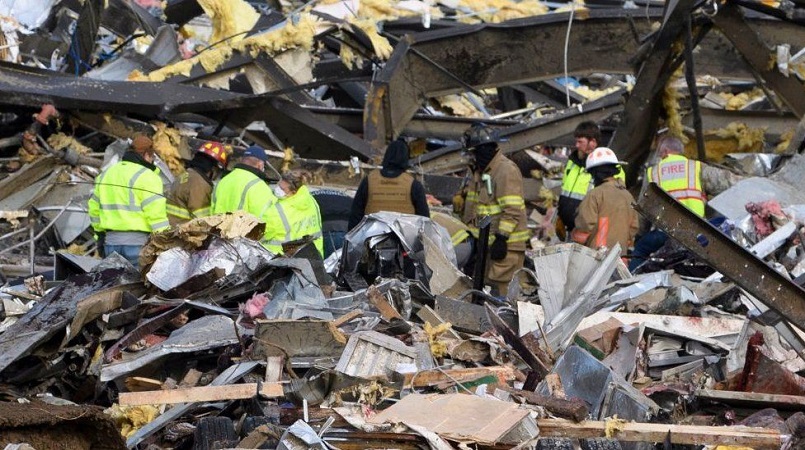 The governor of the US state of Kentucky has said that more than 70 people were killed by tornadoes on Friday night.

Andy Beshear said the figure could rise to more than 100 in what he called the worst tornadoes in the state’s history.

Dozens are feared dead inside a candle factory in the town of Mayfield.

At least five people died as tornadoes wreaked havoc in other states, including one in an Amazon warehouse in Illinois.

Mr Beshear has declared a state of emergency in Kentucky.

He said the tornado system was the deadliest to ever run through the state.

Mayfield and everywhere along the 227-mile (365-km) path of the tornado – almost all in Kentucky – was devastated, he said.

“It’s indescribable, unlike anything I’ve ever seen,” he said.

“You see parts of industrial buildings, roofs, or sightings in trees, if trees are lucky enough to stand.

“Huge metal poles bent in half if not broken, buildings that are no longer there, huge trucks that have been picked up and thrown. And sadly far too many homes that people were likely in, entirely devastated.”