Music Majors Up, Spotify Down: Audio Entertainment Stocks Dance to Their Own Beat 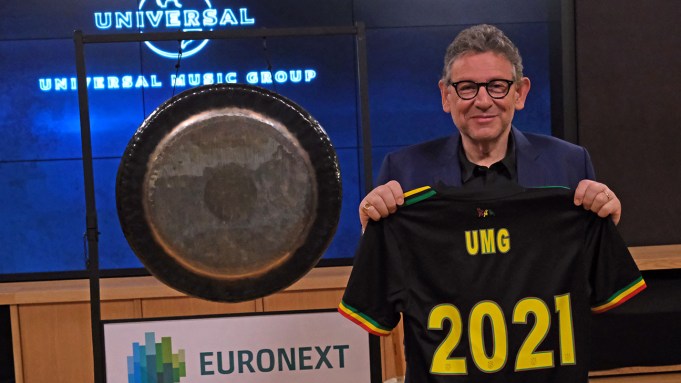 This past year was a cacophony for audio entertainment stocks. Universal Music Group saw a strong market debut and Warner Music saw a run-up in shares — then analysts grew cautious on both stocks. Meanwhile, SiriusXM was mostly flat and Spotify dropped before finding its rhythm later in 2021.

While the growth in music streaming has turned investors’ heads and re-energized interest in music and audio stocks, company-specific issues and trends affected their ebb and flow in the latest year.

Universal Music, the label home of the likes of Lady Gaga, Justin Bieber and Taylor Swift, made its market debut on Amsterdam’s Euronext exchange in late September with a pop, gaining 37 percent on its first day. The music powerhouse’s market listing, the largest music IPO in history, valued the company at more than $53 billion and allowed French media company Vivendi, which will retain a roughly 10 percent stake for a minimum period of two years, to cash in on a bounceback of the sector thanks to the streaming boom.

Newfound Millipede Breaks World Record for the Most Legs