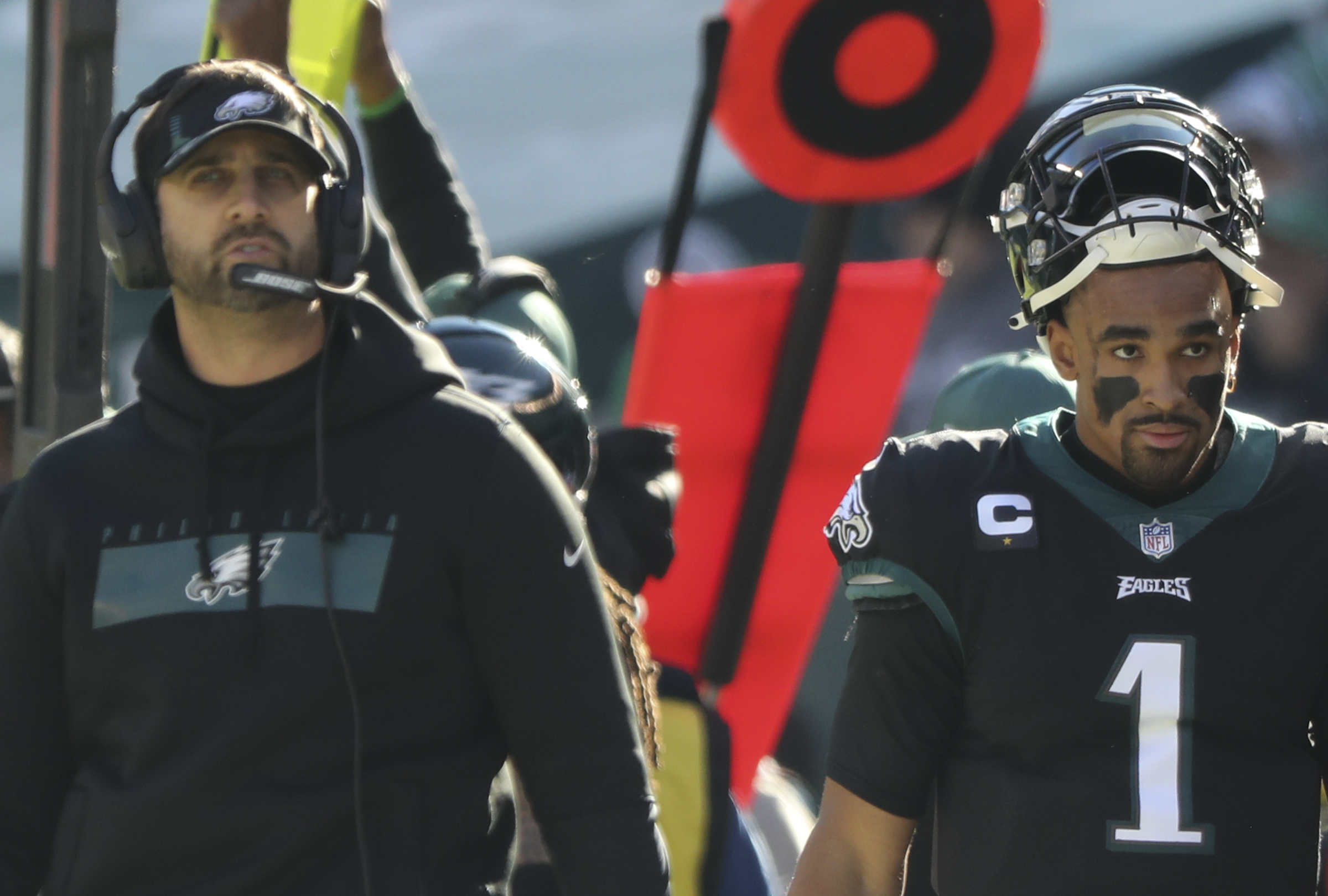 It’s been a roller-coaster year for Eagles fans.

The franchise fired Super Bowl-winning head coach Doug Pederson. Hired a relative no-name in Nick Sirianni to replace him. And traded Carson Wentz — a player who had not so long before been tapped to be the team’s long-term answer at quarterback.

Then the season started and the team limped out to a 2-5 record while Jalen Hurts played erratic football, and Jonathan Gannon struggled to get the best out of the team’s top defensive players.

All hope was lost, the Eagles stunk.

Well, as David Murphy writes, maybe as average Philadelphia sports fans we are a little quick to jump to conclusions and should invoke more patience. The evidence?

Sirianni has shown that he might be a decent coach and that he deserved more than four games after all.

The Eagles are now 8-7 and on the verge of making the playoffs.

Hurts has progressed over the last few weeks and has limited his mistakes.

Why Some People Ask Questions Which Are None Of Their Business