Niemann keeps his distance and closes out big win at Riviera 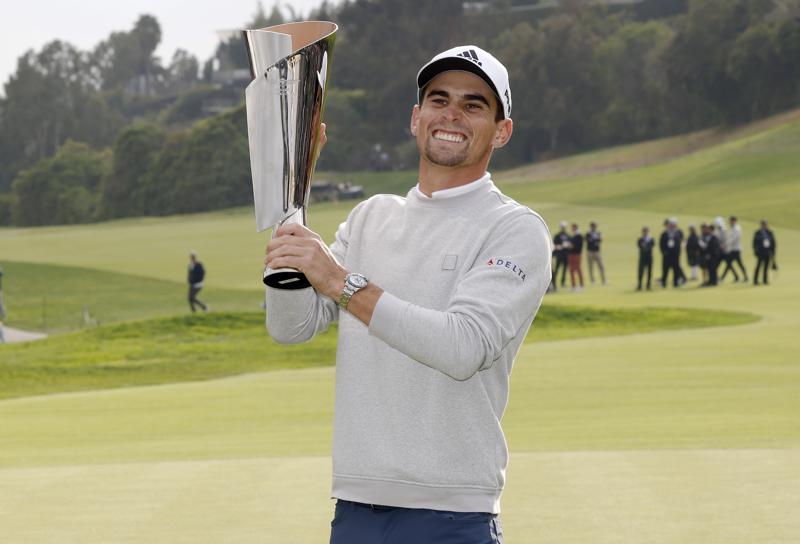 Joaquin Niemann set or matched some form of a scoring record at Riviera every day of the Genesis Invitational until Sunday. All he got was the trophy handed to him from Tiger Woods after beating the best field in golf this year.

That was more than enough.

Niemann overcame a few anxious moments and closed with an even-par 71 to become the first wire-to-wire winner at the Genesis Invitational in 53 years, holding off British Open champion Collin Morikawa and PGA Tour rookie Cameron Young by two shots.

The week began with all the players from the top 10 in the world. It ended with a 23-year-old Chilean playing his best golf in a 63-63 start and doing just enough in the final round to win.

“It’s the toughest tournament I think during the year. It’s got the best field, the best players are here and that proves myself that I can be competing with the top guys, I can be up there in the world ranking,” Niemann said. “I think it’s going to give me a lot of confidence for what is coming next.”

Start your day off with a daily dose of Iowa Politics