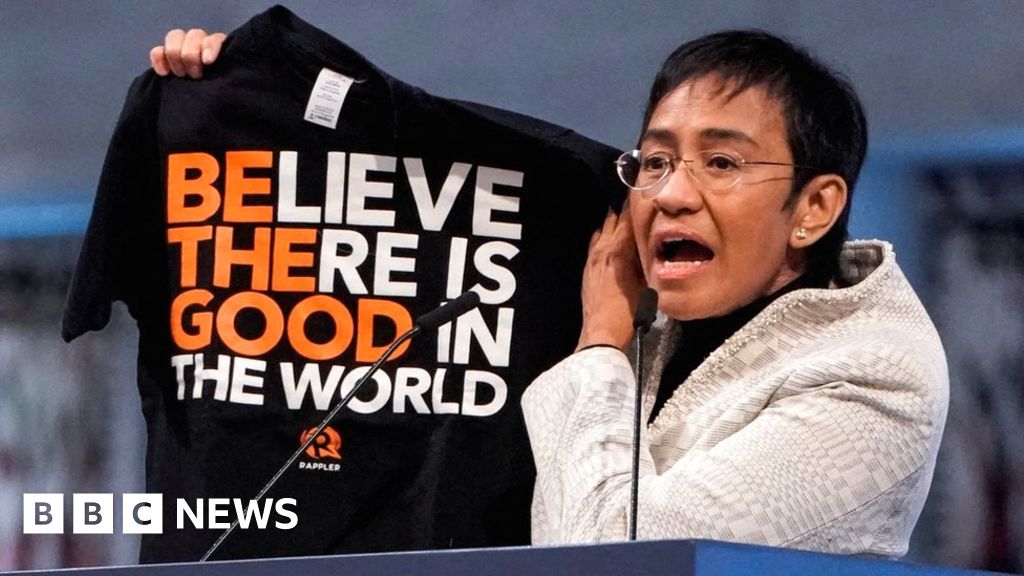 One of the winners of this year’s Nobel Peace Prize has attacked US internet companies for what she called a “flood of toxic sludge” on social media.

During her acceptance speech in Norway, Philippine journalist Maria Ressa said technology giants had “allowed a virus of lies to infect each of us”.

Ms Ressa, co-founder of the news site Rappler, accused sites such as Facebook of profiting from spreading hate.

The 58-year-old was addressing guests at a ceremony in the capital, Oslo.

She went on to accuse US internet giants of being “biased against facts and journalists” and of using their “God-like power” to sow division.

“Our greatest need today is to transform that hate and violence, the toxic sludge that’s coursing through our information ecosystem,” she said.

Facebook’s parent company, Meta, recently announced that it was introducing new features to give people more control over what appears in their news feeds. The social network has been under intense scrutiny in recent years for how its algorithms promote content.