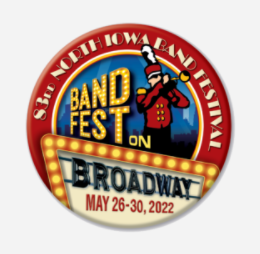 The North Iowa Band Festival is announcing its entertainment lineup.

After the parade on the morning of May 28, the state champion Mohawks Danzers will perform in front of the Main Stage directly before the Awards Ceremony, followed by the Instrument Petting Zoo. The evening performances will include Juni West and Betty and the Gents.

Parade entries are now being accepted. Applications received after May 9 are subject to a $25 late fee. Entries will compete for Grand Marshal honors—reflecting best use of the festival theme “Band Fest on Broadway” or for the Mr. Toot award which honors the best use of any theme.

Rodgers reportedly agrees to stay with Packers next season