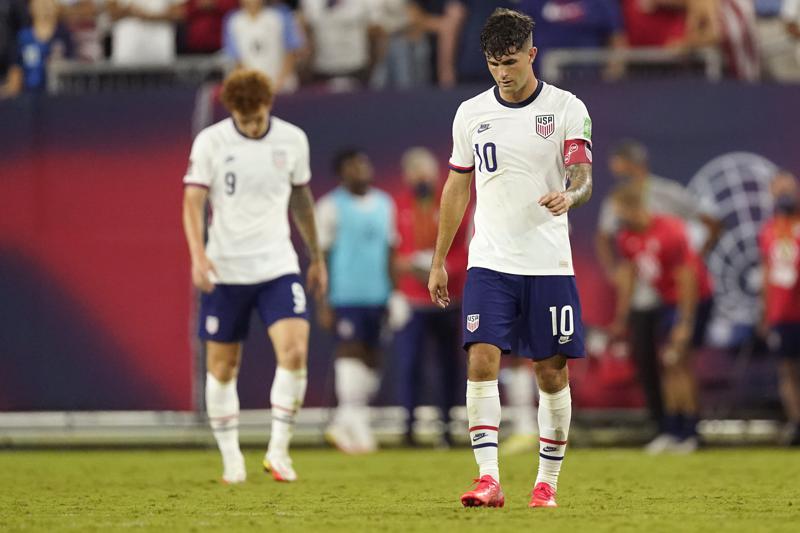 Unable to break down a Canadian team that sat back with five defenders, the Americans wasted a second-half lead in a 1-1 draw Sunday night that left them with two points after two games.

Failure to qualify for the 2018 hangs over players and the American fan base like a never-ending storm.

We have to really turn it around. We need to start winning games,” said U.S star Christian Pulisic, who returned after missing the 0-0 draw at El Salvador on Thursday while regaining fitness following a positive COVID-19 test.

Brenden Aaronson scored in the 55th minute off a flowing passing sequence capped by a cross from Antonee Robinson, but an unmarked Cyle Larin tied it seven minutes later after Canadian star Alphonso Davies smoked past DeAndre Yedlin down the left flank.

Yedlin had entered in the 44th minute after right back Sergiño Dest sprained an anke, joining midfielder Gio Reyna (strained right hamstring at El Salvador) and No, 1 goalkeeper Zack Steffen (positive COVID test following back spasms) on the sidelines.