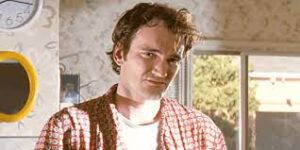 Quentin Tarantino is set to host a film podcast with his Pulp Fiction co-writer Roger Avary. The director has cultivated an impressive career with only nine films under his belt. Tarantino made a splash with his debut in Hollywood with the 1992 independent thriller Reservoir Dogs but became a household name with the film 1994 Palme d’Or winner Pulp Fiction, a crime drama he wrote with his longtime friend Avary. The film also delivered the pair an Academy Award for Best Original Screenplay.

Per the AP, Tarantino and Avary have announced that they will be headlining their own film podcast called The Video Archives Podcast. Named after the now out-of-business Manhattan Beach video store of the same name in which the two filmmakers first met in 1983, the podcast will have the hosts discuss the films they watched from the store’s vast library. In a joint statement, the two filmmakers expressed their excitement about their new endeavor. Read their statement below.

White House: 1st shots for kids under 5 possible by June 21