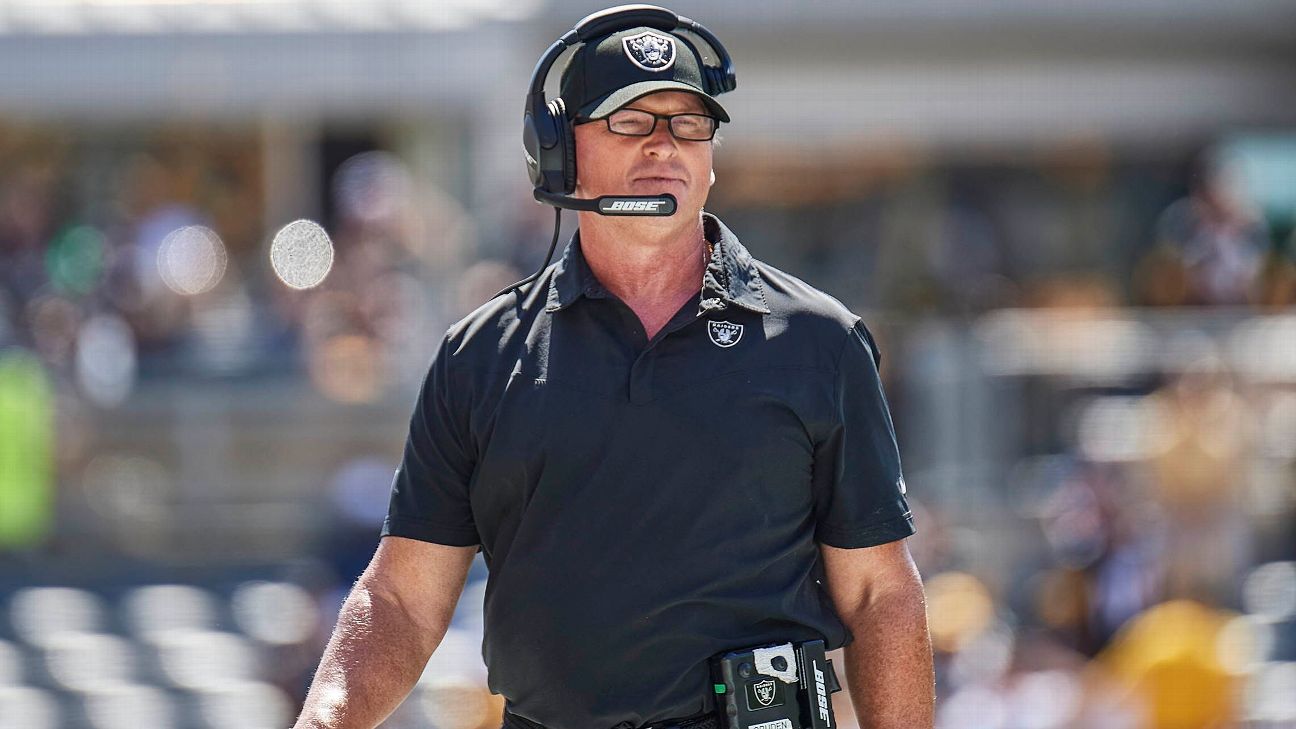 The NFL has found no other current team or league personnel to have sent emails containing racist, anti-gay or misogynistic language similar to messages written by Jon Gruden that led to his resignation as Las Vegas Raiders coach, a person familiar with the documents told The Associated Press on Friday.

The person said the league “did not identify other areas and other individuals it has to contact at club leadership or league leadership levels.” The person spoke on condition of anonymity because the league has not publicly released what is in the 650,000 emails the independent investigators collected during an investigation of sexual harassment and other workplace conditions at the Washington Football Team.

“The NFL did not identify any problems anywhere near what you saw with Jon Gruden,” the person said. The person did not address any other areas of potential issues found in the emails beyond similarities with Gruden’s comments.