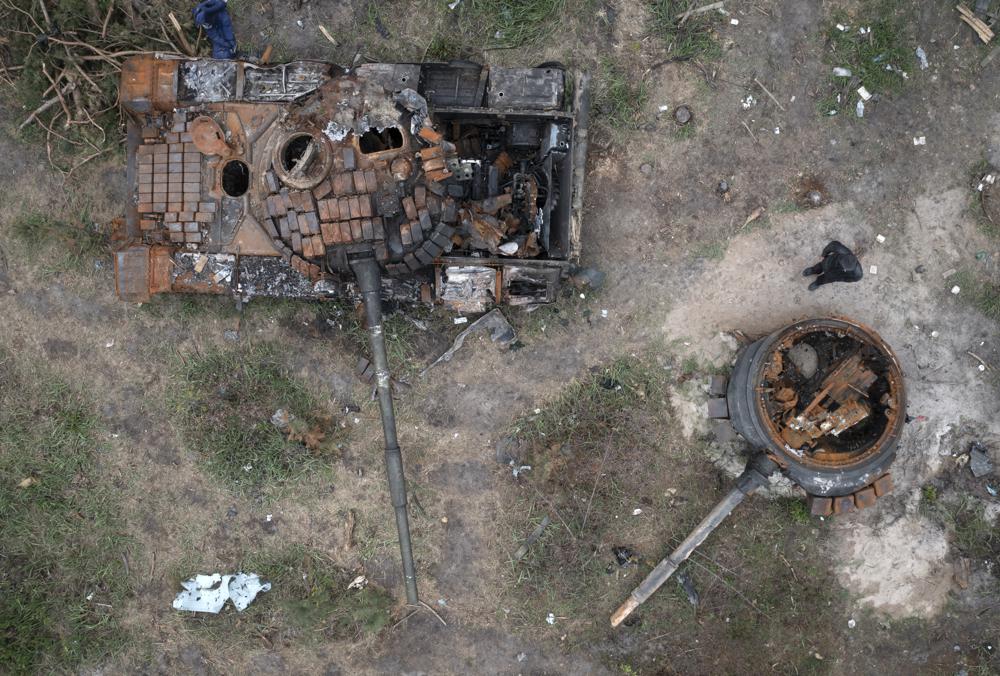 A captured Russian soldier who pleaded guilty to killing a civilian was sentenced by a Ukrainian court Monday to life in prison — the maximum — amid signs the Kremlin may, in turn, put on trial some of the fighters who surrendered at Mariupol’s steelworks.

Meanwhile, in a rare public expression of opposition to the war from the ranks of the Russian elite, a veteran Kremlin diplomat resigned and sent a scathing letter to foreign colleagues in which he said of the invasion, “Never have I been so ashamed of my country as on Feb. 24.”

Also, Ukrainian President Volodymyr Zelenskyy called for “maximum” sanctions against Russia in a video address to world leaders and executives at the World Economic Forum in Davos, Switzerland.

And on the battlefield, heavy fighting raged in the Donbas in the east, where Moscow’s forces have stepped up their bombardment. Cities not under Russian control were constantly shelled, and one Ukrainian official said Russian forces targeted civilians trying to flee.