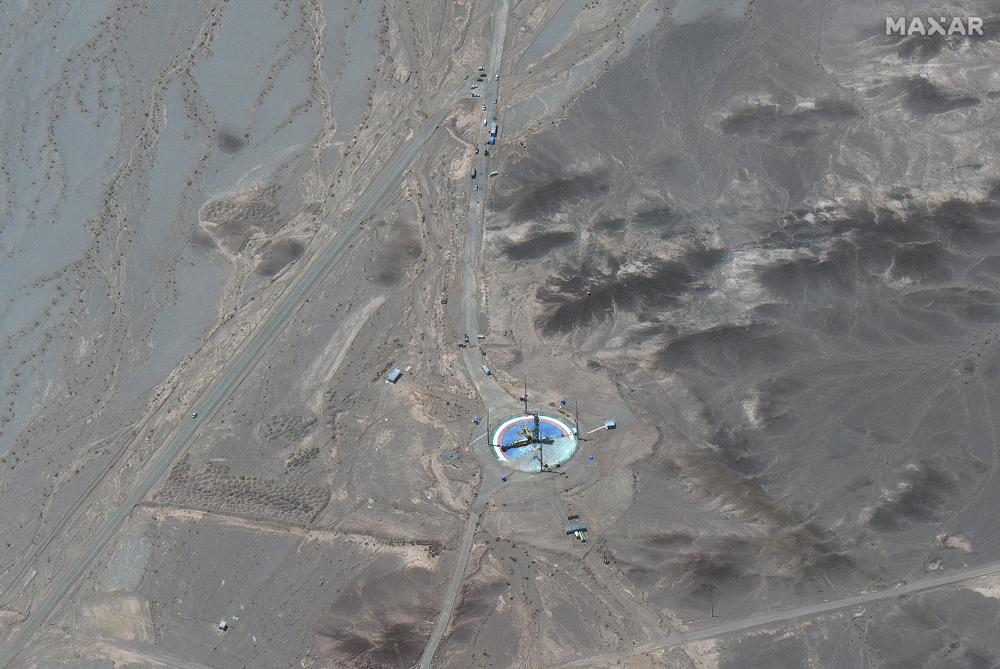 ran appeared to be readying for a space launch Tuesday as satellite images showed a rocket on a rural desert launch pad, just as tensions remain high over Tehran’s nuclear program.

The images from Maxar Technologies showed a launch pad at Imam Khomeini Spaceport in Iran’s rural Semnan province, the site of frequent recent failed attempts to put a satellite into orbit.

One set of images showed a rocket on a transporter, preparing to be lifted and put on a launch tower. A later image showed the rocket apparently on the tower.

Iran did not acknowledge a forthcoming launch at the space port and its mission to the United Nations in New York did not immediately respond to a request for comment. However, its state-run IRNA news agency in May said that Iran likely would have seven homemade satellites ready for launch by the end of the Persian calendar year in March 2023.