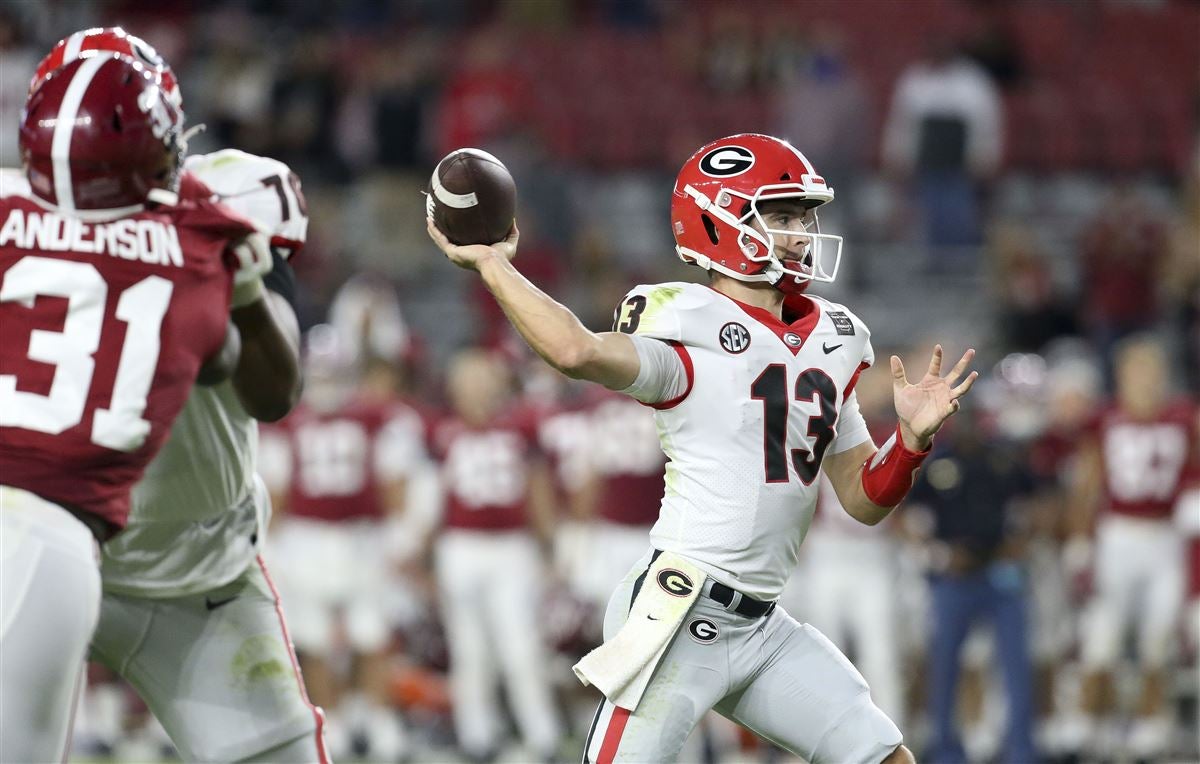 Georgia quarterback Stetson Bennett has had a wild ride. From a spot where everyone assumed JT Daniels was the no-doubt starter to flipping back and forth and ultimately becoming one of the nation’s most efficient passers, Bennett now has the Bulldogs a game away from the College Football Playoff and tracking as the national championship favorite.

Bennett spoke about that journey, and how far he’s come as a player and mentally, when he met with reporters ahead of the SEC title game. And he answered questions about how Alabama stacks up with Georgia’s previous opponents and even what he would say to himself if he could go back in the past and talk to his Week 1 self.

Bennett enters Saturday’s game completing 65% of his passes this season — a nearly 10% jump from where he was at a year ago — while throwing for 1,985 yards and 21 touchdowns with just five interceptions. And he’s done so while also providing a running threat, taking his 38 carries for 240 yards (6.3 yards per carry) and another score.