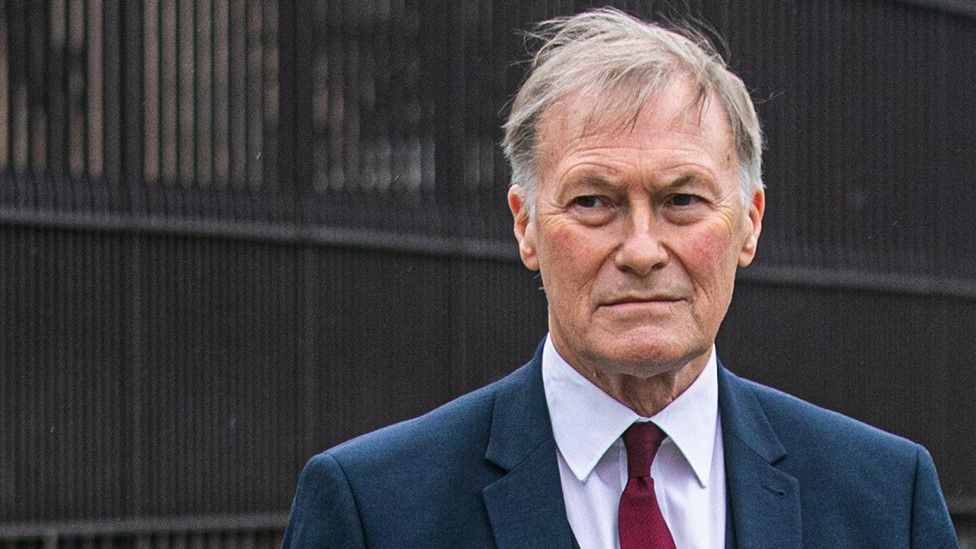 The killing of Conservative MP Sir David Amess is being treated as a terrorist incident by police.

Sir David was stabbed multiple times at a constituency surgery in Leigh-on-Sea in Essex on Friday.

The Metropolitan Police said there was potential link to Islamist extremism.

A 25-year-old British man was arrested at the scene on suspicion of murder, and police said they were not seeking anyone else over the death.

As part of the investigation, officers are carrying out searches at two addresses in the London area, the Met said.

The force believes the man acted alone but inquiries into the circumstances of the incident are continuing.

The man is in custody in Essex, police added.

Government sources have told the BBC he is a British national who, from initial inquiries, appears to be of Somali heritage.

Sir David, 69, who represented Southend West, was holding a constituency surgery – where voters can meet their MP and discuss concerns – at Belfairs Methodist Church on Friday when he was attacked at 12:05 BST.