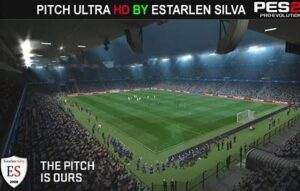 Squid Game’s Player 067, also known as Kang Sae-byeok (Jung Ho-yeon), is one of the survival drama series’ most beloved characters – but what’s the subtle detail that makes her performance even better? There’s no doubt that North Korean defector and tenacious Squid Game player Kang Sae-byeok is one of the reasons why Squid Game has become Netflix’s most popular series. While all of Squid Game’s other players volunteered for the death games in hopes of paying off their debts, Sae-byeok’s story is unique in that she plans to use the prize money to get her family out of North Korea.

As Sae-byeok struggles not to get scammed by immigration brokers and earn money for her family, her little brother Kang Cheol (Park Si-wan) resides in an orphanage in Seoul. While participating in Squid Game, Sae-byeok openly distrusts others and maintains her distance, until she opens up to other players like Squid Game protagonist Seong Gi-hun (Lee Jung-jae) and Ji-yeong (Lee Yoo-mi), with whom she has authentic but tragically short-lived connections. In the end, Sae-byeok gets stabbed in the neck and eliminated from the games by Cho Sang-woo (Park Hae-soo), before she can even participate in the last titular round of Squid Game.