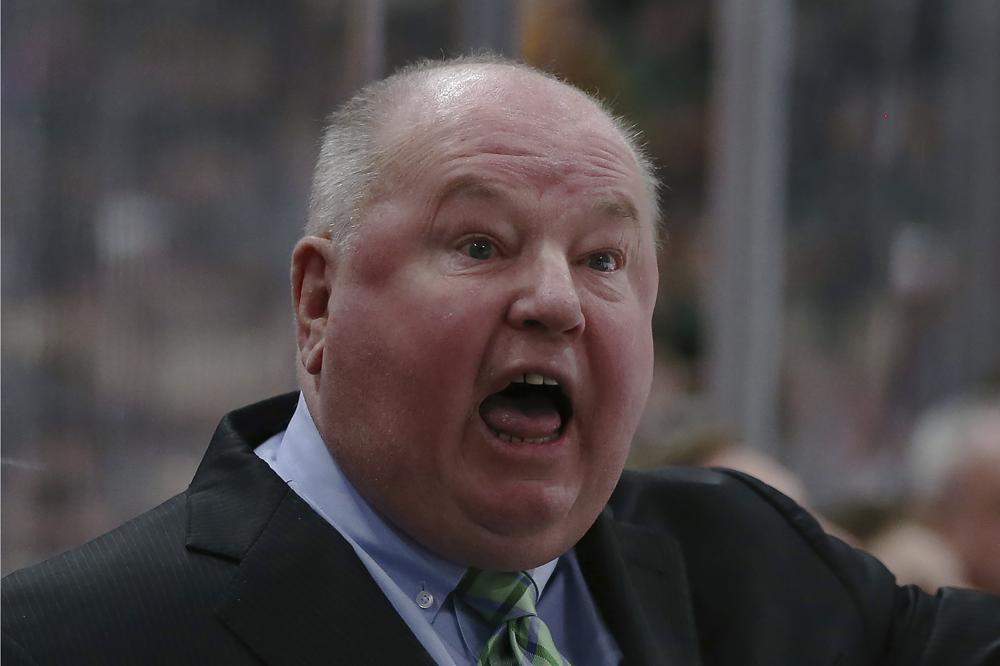 The Canucks said the search for new hockey operations leadership “has begun.”

“I am excited to add Bruce Boudreau as our new head coach, and Scott as assistant,” Canucks owner Francesco Aquilini said in a statement. “Bruce is one of the most experienced coaches in the NHL, with nearly 1,000 games behind the bench and a successful track record working with some of the game’s best talent. Scott is a young coach with an excellent reputation who will fit in very well with our group.”

The changes follow a dismal performance Saturday in which the Pittsburgh Penguins routed the Canucks 4-1 in Vancouver, eliciting boos and chants of “fire Benning!” The Canucks host the Los Angeles Kings on Monday night.