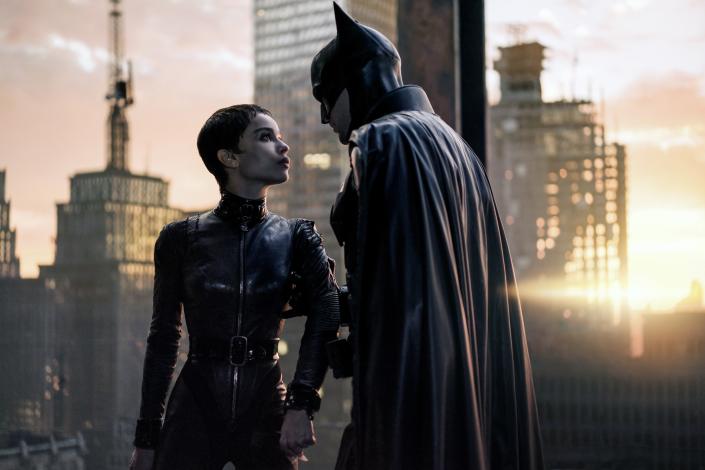 Where does the Batman get his wonderful toys? When it comes to Robert Pattinson’s Dark Knight, credit goes to Glyn Dillon and David Crossman, who designed the tricked-out Batsuit seen in this year’s blockbuster franchise reboot, The Batman, directed by Matt Reeves. And now you can get a closer look at the duo’s work with Yahoo Entertainment’s exclusive augmented reality experience, which lets you put Batman’s crimefighting costume — as well as the proto-Castsuit worn by future Catwoman, Selina Kyle (Zoë Kravitz) — in your own personal Batcave.

Pattinson is one of the youngest actors to play Batman on the big screen, and Reeves decided early on that the story for The Batman would take place when Bruce Wayne is still at the beginning of his career as an after hours vigilante. As The Batman‘s production designer, James Chinlund, recently told Yahoo Entertainment, one of the director’s guiding principals was that all of Batman’s tech should have a homemade feel.

“For us, it was the idea that Bruce was building everything himself — that you could feel his hand in everything,” explains Chinlund, who designed the new Batmobile seen in the film. “He wasn’t leaning into the military industrial complex to get things done. It was just one man, one mission.”