The Best Music We Saw at SXSW on Wednesday 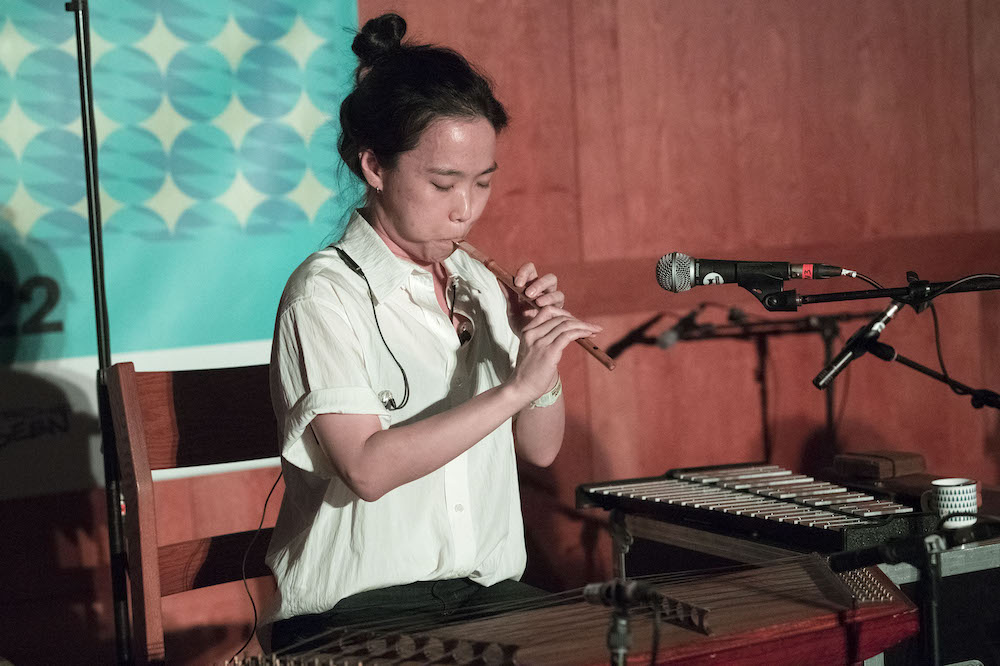 Hip-hop, rock, dance pop, jazz funk – whatever kind of music cranks your SXSW, it’s likely to be streamed through amplifiers and speakers. Park Jiha, however, mostly eschewed electronic amplification. With the exception of a few pre-recorded tracks on her laptop, the South Korean composer and former member of SXSW vets [su:m] trusted St. David’s Bethell Hall itself to resonate with her acoustic instrumentation, including a yanggeum (a hammered or plucked dulcimer), a piri (a thin pipe that sounded like an oboe), a saenghwang (a droning, keyed mouth organ somewhere between the oboe and a chromatic harmonica), and a xylophone played with a bow rather than mallets. Drawing from her new album The Gleam, Park didn’t really perform her pieces – there wasn’t a trace of theatricality in her presentation. Instead she calmly laid out her minimalist melodies by playing only the notes required to get the messages of “Light Way,” “Restlessly Towards,” and “Sunrise: A Song of Two Humans” across with no trace of flamboyance.

Johnson returns to Texas searching for some old NASCAR magic