The Northman: A Call To The Gods Goes Inside The Viking Epic [EXCLUSIVE] 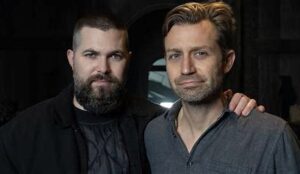 Robert Eggers made his grand return to the big screen with The Northman, a Viking epic with ties to Shakespeare’s Hamlet that broke expectations and astounded audiences with its take on the cycle of vengeance. Viewers who fell in love with the attention to detail that went into the making of the bloody tale of Prince Amleth will be thrilled to note that The Northman: A Call to the Gods is coming their way in September 2022, and Screen Rant has an exclusive excerpt from the book.

The Northman: A Call to the Gods is the official look at how the Viking revenge thriller was created – from its conception to its production – by Eggers (highly acclaimed for his previous films The Witch and The Lighthouse). His most ambitious and high-budget project yet, The Northman is against the ruthless backdrop of tenth-century Norse territory and features an all-star cast including Alexander Skarsgård, Nicole Kidman, Ethan Hawke, Anya Taylor-Joy, Willem Dafoe, and Björk.