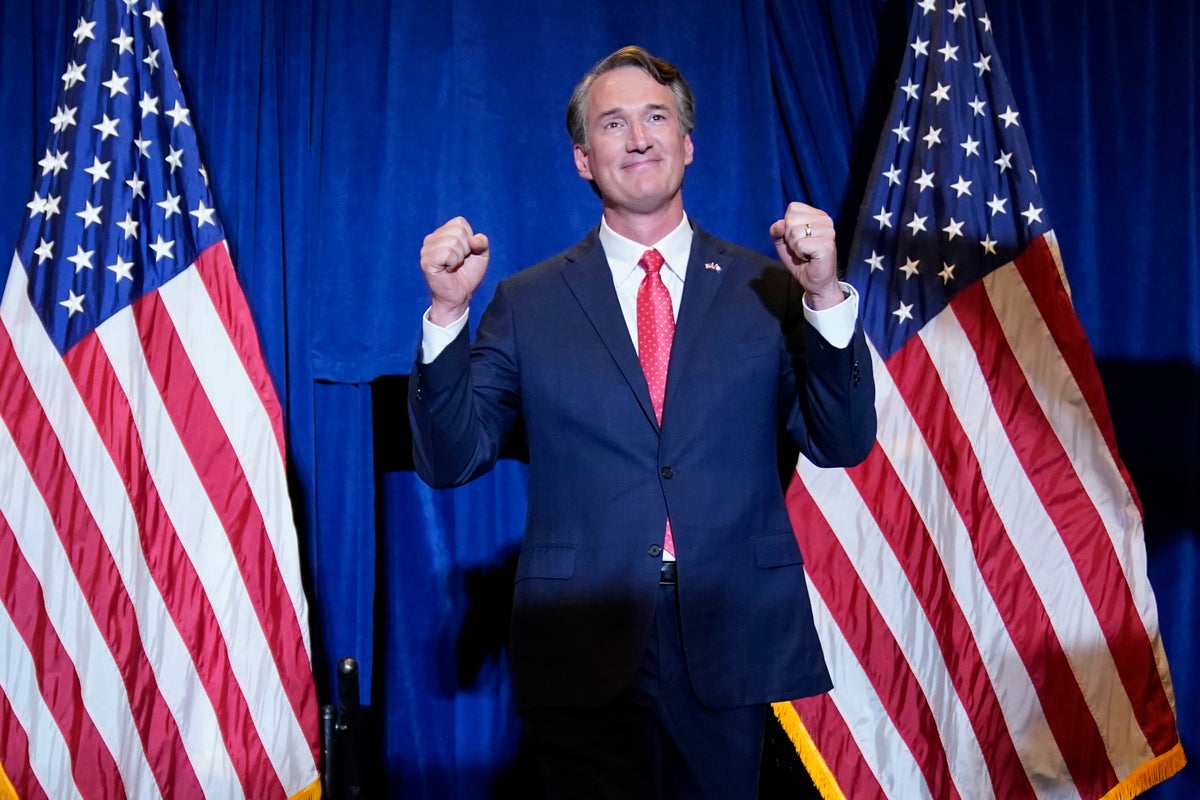 Mr Youngkin resoundingly beat Mr McAuliffe, running largely on opposing teaching of “critical race theory,” a niche school of thought that has become a catch-all in the US for teaching about racial inequality and inequities.

“I think this shows some wind in our back and wind into their face,” Senator Lindsey Graham of South Carolina said.

Senator Josh Hawley of Missouri, who has made opposing critical race theory a hallmark of his time in the Senate, said it was a resounding sign that parents don’t want their children to learn about similar subjects.

“Parents don’t want to be treated as the enemy,” he said. “That and the fact that President Biden is really unpopular. I mean you shouldn’t discount that.”

Democrats leaned heavily into tying Mr Youngkin to former president Donald Trump, but that proved to no avail as Republicans sliced into Democrats’ margins in Virginia. Democrats are defending three swing district seats in 2022 in the commonwealth states.

The Senate is currently split 50-50 between Democrats and Republicans. The House of Representatives has 221 Democrats and 213 Republicans, with the GOP having made gains in the November 2020 elections.