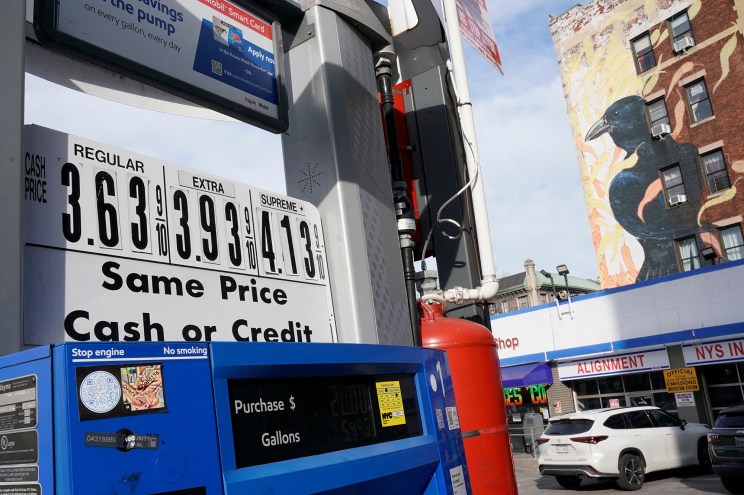 Gas prices are skyrocketing around the US — with little sign of slowing down — as the Russia-Ukraine war drives more pain at the pump for American motorists.

The national average price of a gallon of gas was approximately $3.84 — up by a shocking 27 cents compared to just one week ago, according to data from the American Automobile Association (AAA). Costs have increased by more than $1 per gallon compared to the same period a year ago.

With prices increases at a rapid rate, the US may be just weeks away from the highest national average on record — shattering the previous high of $4.11 in July 2008. Gas Buddy analyst Patrick De Haan expects the country to hit the $4.10 barrier before the start of April.

“The bulk of what we’re seeing still has to do with the Russia-Ukraine situation,” De Haan said regarding the recent hikes. “If that situation worsens or if it escalates, the impact could be more severe.”