US Open: Bianca Andreescu through to fourth round; Maria Sakkari beats Petra Kvitova 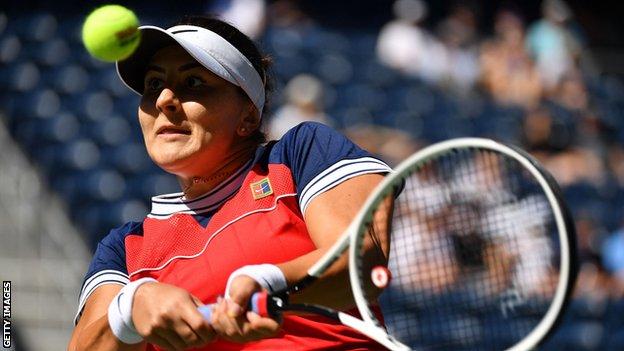 Bianca Andreescu has won all 10 of her main draw matches at the US Open.

Bianca Andreescu needed just 67 minutes to sweep aside lucky loser Greet Minnen and reach the US Open fourth round.

The Canadian sixth seed, who is finding her way back from a long-term knee injury, beat the Belgian 6-1 6-2.

She faces an intriguing last-16 match against French Open semi-finalist Maria Sakkari after the Greek beat a patchy Petra Kvitova 6-4 6-3.

Czech 10th seed Kvitova made 34 unforced errors compared to just 16 winners as she struggled for consistency.

Sakkari and Andreescu last met at the Miami Open in April, with Canadian edging a third set tie-break in a match that finished at 01:30 local time.

Olympic gold medallist Belinda Bencic also advanced to the fourth round with a 6-2 6-4 win over American Jessica Pegula.

Can Naomi Osaka rediscover purpose in tennis? 'She’s going to have to find her own reason'