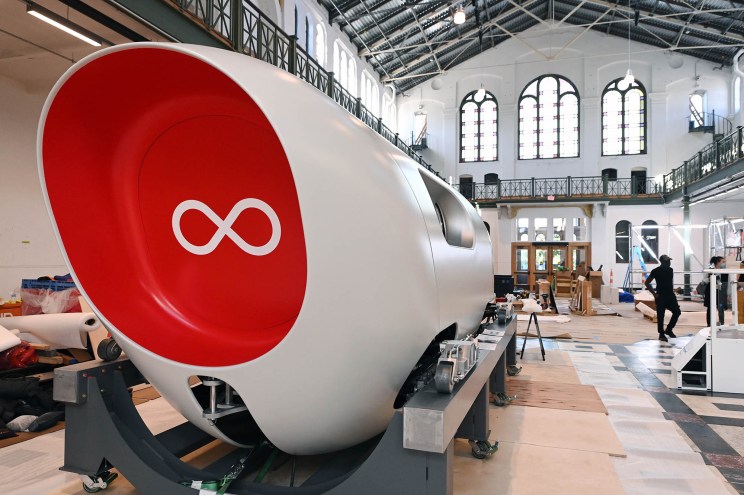 Virgin Hyperloop has laid off nearly half its staff and abandoned plans to develop a passenger transit system, the company confirmed this week.

The company — which envisions a high-speed “vacuum tube” transportation system with pods moving up to 670 miles per hour — will instead focus on cargo shipments.

Virgin Hyperloop confirmed the company was “changing direction,” adding that the shift in focus was largely related to the need for a more robust transportation system when it comes to moving freight. It’s a weakness in the global supply chain that was especially exposed during the COVID-19 pandemic.

It’s thought that Virgin’s lightening-fast pods could be a solution to moving lots of goods quickly.

“It’s allowing the company to respond in a more agile and nimble way and in a more cost-efficient manner,” Virgin Hyperloop told the Financial Times of its ditching public transport in favor of a laser focus on freight “These types of decisions are never taken lightly.”

The layoffs were conducted by video conference, two people who were affected told the newspaper. The number of job cuts was “definitely not expected,” according to one of the sources. The company said 111 people were laid of.