Walking Dead: Carol’s Death Would Be The Strongest Way To End The Series 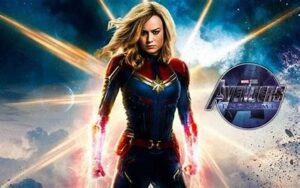 The Walking Dead’s 12-year tenure is coming to a close this fall, and the death of Melissa McBride’s Carol would mark the perfect end for the show’s final season. Although various character-driven spinoffs, anthology series, and the planned Rick Grimes trilogy of films are in full swing, viewers can expect an abundance of walker-related goodness for years to come. However, with expectation comes pressure. The Walking Dead audiences will be looking for blood and guts galore in an epic but satisfying conclusion.

With the show’s final season teasing a Commonwealth war greater than Negan’s, said expectation is at an all-time high. Lance Hornsby’s transition from the Commonwealth’s most approachable friend turned deadliest foe has made for an exciting prospect. The Commonwealth’s sheer size and stature, along with its copious resources in mind, categorize them as undoubtedly the show’s most troublesome prospect to overcome. The final season as a whole has been lacking a clear shock factor and plot armor has been a prevalent theme within the show for a while now and is at an all-time high this season. Due to the series’ most popular and desirable characters facing little to no consequences for their abundance of fatal actions, a major character’s death is needed to raise the stakes.