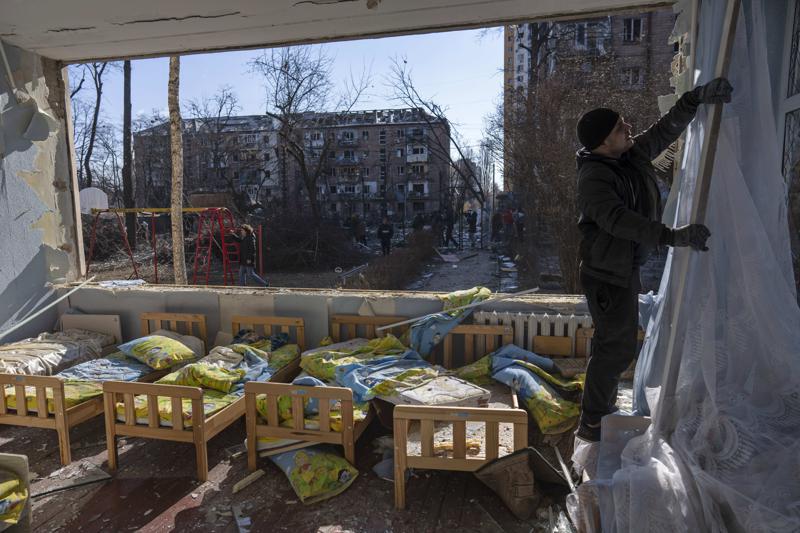 As she lay buried under the rubble, her legs broken and eyes blinded by blood and thick clouds of dust, all Inna Levchenko could hear was screams. It was 12:15 p.m. on March 3, and moments earlier a blast had pulverized the school where she’d taught for 30 years.

Amid relentless bombing, she’d opened School 21 in Chernihiv as a shelter to frightened families. They painted the word “children” in big, bold letters on the windows, hoping that Russian forces would see it and spare them. The bombs fell anyway.

Though she didn’t know it yet, 70 children she’d ordered to shelter in the basement would survive the blast. But at least nine people, including one of her students — a 13-year-old boy — would not.

“Why schools? I cannot comprehend their motivation,” she said. “It is painful to realize how many friends of mine died … and how many children who remained alone without parents, got traumatized. They will remember it all their life and will pass their stories to the next generation.”