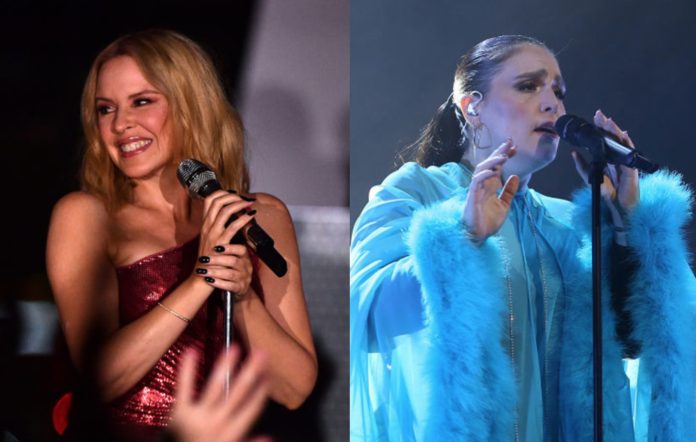 performed at O2 Academy Brixton last night (May 28), and during the show she brought out special guest Kylie Minogue for a performance of their duet, ‘Kiss Of Life’.

The song is taken from ‘DISCO: Guest List Edition’, a deluxe version of Kylie’s 15th studio album, 2020’s ‘Disco’. Upon its release, NME‘s Nick Levine gave the album a four-star review, describing it as her “most consistent and enjoyable album in a decade”.

Ware’s gig last night marked the first of two dates at O2 Brixton Academy, with the second scheduled to take place tonight (May 29). Both are part of the singer-songwriter’s ‘What’s Your Pleasure?’ tour in support of her 2020 album of the same name.

The jaunt – which will come to a close next month with dates in Halifax, Glasgow and Edinburgh – was previously moved from April 2021 to December due to ongoing concerns surrounding the coronavirus pandemic. It was then rescheduled again in February, finally kicking off last Thursday (May 26) in Bristol.